OXFORD PREVIEW: No. 5 Chargers ready for No. 4 Madison Central 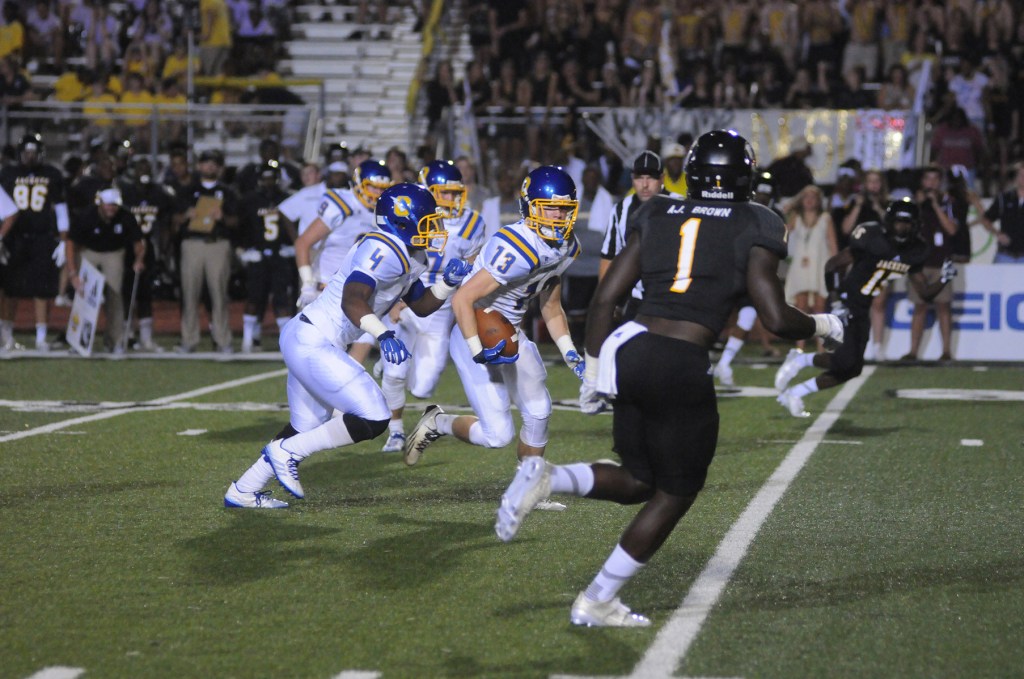 The road does not get any easier for Oxford this week. After playing under the bright lights and a national television stage against Starkville, ranked No. 2 in this week’s AP Poll, last Friday the Chargers welcome another 6A opponent in Madison Central. It will be a top-5 matchup, as No. 5 Oxford (1-1) will take on the No. 4 Jaguars (2-0) Friday at Bobby Holcomb Field at 7 p.m. (95.5 FM).

Madison Central comes in riding a two-game winning streak that include victories over Meridian in Week 1 and a 23-13 win over Brandon last Saturday.

“That’s the reason we kind of scheduled the way we did,” Oxford head coach Johnny Hill said. “We want to find out where we’re weak at and I think Starkville showed that (last week)… (Madison Central) is a pretty good team. They’re probably on cloud nine right now. They beat two pretty good football teams. They’ve got a tough schedule ahead of them, too. It ought to be a really good matchup.”

Madison Central is led by first-year head coach Brad Peterson, who left Brandon to take over the Jaguars last summer. He also spent time at Louisville before that. Junior Jack Walker is the signal caller for the Jaguar offense, who finished eight-for-22 and 131 yards and rushed for 19 yards and a touchdown last week against Brandon.

Running back TyShauwn White rushed for one score last week. When the Jaguars are deep in enemy territory they like to utilize the strengths of tight end Grayson Gunter. The 6-foot-5, 230-pound Arkansas commit causes havoc on opposing defenses.

“He’s a playmaker when they get close to the goal line,” Hill said. “They like to go to him and he can catch a football. He’s a big target.”

When it comes Oxford Hill said practices have been good this week and the bounce back from 20-7 loss to the Yellowjackets last week is evident. Hill and his staff took a long look at the film over the weekend and have hit the ground running in trying to correct everything they saw.

“Our kids have responded well,” Hill said. “We got to see on film some of the mistakes we made and being non-aggressive at times. We just didn’t get it done and I think our kids will respond well to it. They’ll be ready to rock and roll.”

Sophomore running back Drew Bianco has performed well as the starting running back for the Chargers, filling a void left by Kenzie Phillips. In the first two games of the season Bianco has 40 carries for 224 yards and three touchdowns, including the only score Oxford had against Starkville.

“Drew’s done great for us,” Hill said. “I think we’ve got two good running backs back there. Hiram (Wadlington) didn’t get as many carries (last week) but he’s dangerous himself. Drew is just one of those white collar workers that runs hard, plays hard and does the job.”

Wide receiver D.K. Metcalf did not practice Monday and Tuesday as he was still recovering from cramps he sustained during the game against Starkville. Those cramps limited his ability, causing him to have only four catches for 14 yards last week. The coaches and training staff have been working to try and figure out the cause and get him ready for Friday’s matchup against the Jaguars.

“That’s just one of those things that he had to go through,” Hill said. “We’re trying to figure out his diet a little bit better so D.K. doesn’t cramp up and we can get him a whole game.”