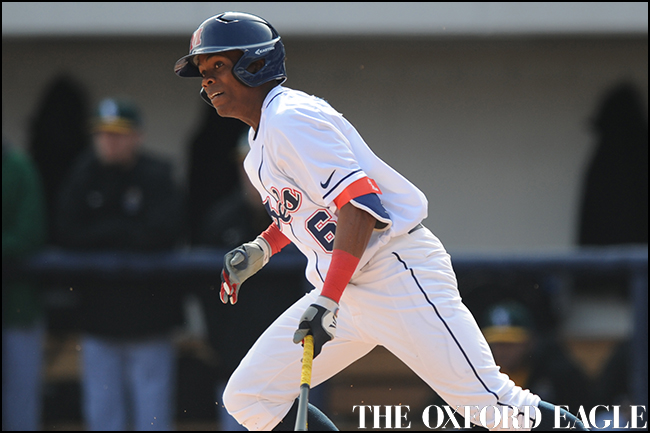 After playing the nation’s toughest schedule in 2015, the Ole Miss baseball team will have another challenging 56-game schedule as the Rebels announced their 2016 campaign Monday. The regular season kicks off with Florida International coming to Swayze Field for a three-game series Feb. 19-21 and culminates when the Rebels hit the road to battle Texas A&M three months later (May 19-21) in the final contests prior to starting postseason play with the SEC Tournament (May 24-29).

The schedule is highlighted by 19 games against teams that made the NCAA Tournament this past summer, including 13 games versus opponents with an RPI in the top 25 at the end of the 2015 season. Although 34 percent of the schedule consists of NCAA Tournament teams, Ole Miss will host the majority of them at venerable Oxford-University Stadium. The 32-game home slate features 15 contests versus opponents that qualified for the 2015 NCAA Tournament, including six against College World Series teams. Arkansas visits Oxford (April 8-10), and the Rebels will square off against LSU (April 29-May 1).

“Once again, we are excited about the challenge of playing a difficult schedule,” head coach Mike Bianco said.

The difficult start to the season continues for Ole Miss after opening weekend. Following a midweek game versus Arkansas State (Feb. 23), the University of Louisville rolls into town for a weekend slate against the Rebels (Feb. 26-28). The Cardinals, coached by former Ole Miss assistant coach Dan McDonnell, were one game away from a trip to Omaha last season as they fell to Cal State Fullerton in NCAA Super Regional play.