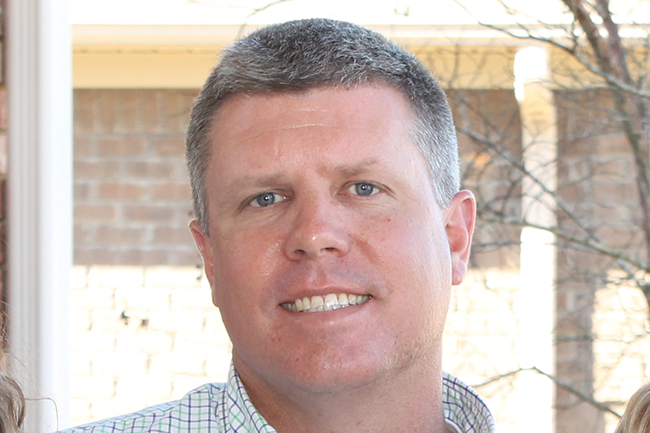 EDITOR’S NOTE: This is the fourth in a series of stories featuring candidates in the Lafayette County area leading up to the November general election. We will feature those candidates in the contested county supervisor races as well as House District 12 and Senate District 9. The candidates are meeting with the EAGLE in editorial board sit-downs in the coming month.

David Rikard says what sets him apart from the rest of the candidates seeking the District 3 Supervisor seat is that he doesn’t have an 8-5 job and can help residents of the district at a moment’s notice to give them his undivided attention.

Rikard, 39, an independent insurance adjuster, says the job of a supervisor is no longer a part-time job and the person in the seat should be on call 24 hours a day.

“I have the time and can listen to people’s concerns and what’s most important to them and build those relationships,” Rikard said. “I’m a lifelong resident of Lafayette County and my family and I have no intention of leaving district 3.”

Rikard, who was born and raised in Lafayette County, is married to Lindy Wren Rikard and is the father of three children, said he had no intention of getting involved in politics until he realized it was important for the future of his children and the future of other children to guide the direction he believes the county should head.

“If we don’t become proactive in controlling growth, we will totally lose what makes us unique,” Rikard said.

Protecting that way of life may include a hot-button topic — zoning. And Rikard believes the county should have a form of zoning to protect residents, but not dictate what they can put on their private property.

“In my opinion, I think we’re to the point where we have to seriously look at zoning,” Rikard said. “We need to be proactive rather than reactive to the point of protecting the residents of Lafayette County. Right now, with no zoning, there’s nothing to stop a commercial building from going in next door to an elderly couple who has lived on their property all their lives. There are legitimate concerns with growth and I think we need to start with commercial and residential zoning to prevent those type of situations.”

Rikard said infrastructure and roads are also an important part of the rapid growth in the county, but one of the first things he would like to tackle if elected supervisor is making several dangerous roads safer. He would use money the county received from the sale of the hospital to “fix those types of situations in the road system.”

Rikard said he would take a common-sense approach to spending the taxpayer’s money, just like he would his own household. He supports hiring full-time fire personnel, if the county can afford it.

“I’m all for protecting the rural areas and the more we grow, the harder it is to react and save homes and save lives,” Rikard said. “As long as there’s money in the budget, I’m all in favor of hiring full-time firemen. I think we need to make sure our law enforcement and fire departments have what they need to protect our citizens.”

He also believes a multipurpose building would be great.

“A multipurpose building could partially pay for itself,” Rikard said. “Some people don’t realize that showing cattle and those type of events can earn kids a lot of scholarship money and I’m all in favor of education.”

Rikard, the son and grandson of war veterans, also would like to see more done for veterans in the area and find out what needs they have.