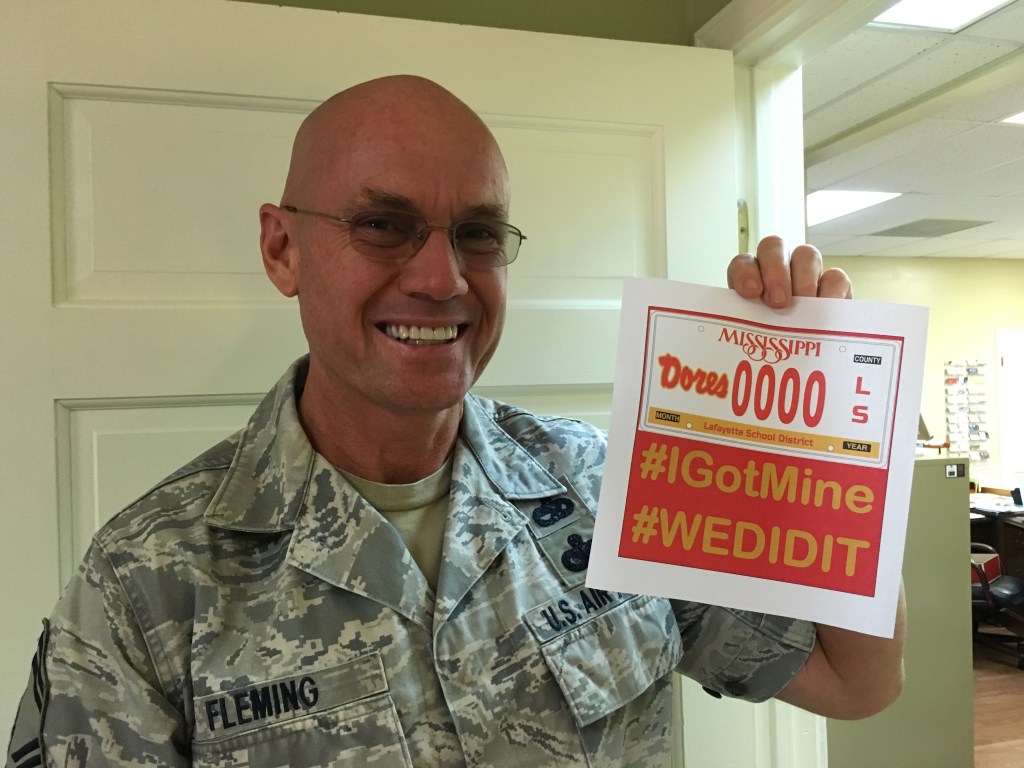 Anthony Fleming with Lafayette ROTC was proud to be one of the last ones to help the district hit 300.

It’s official – the Lafayette County School District will have its very own car tag.

The car tag effort exceeded its goal of 300 pre-ordered tags on Tuesday, days ahead of its deadline. As of Tuesday afternoon, there were 309 tags ordered and paid for.

The group needed to hit 300, which is the number needed for the state to begin producing the tags in January.

“We hit our goal this morning before lunch and so now we just keep trucking through our deadline on Friday and see what number we wind up with,” said organizer Pam Swain. “We’re very excited we are going to be able to move forward.”

Swain said it was a school and community effort folks rallied behind.

“I think our Commodore family just really came together and got behind this and made it happen in five and a half weeks,” she said. “We had about half a dozen people who were very instrumental in helping pull in these applications, but it took everybody.”

While Swain said there was a core group of organizers, there were people hustling for the cause throughout the community.

“There were so many people we didn’t even know were pushing it that got with their neighbors, co-workers and encouraged other teachers to get this,” she said. “It really was an entire school district that worked hard on this.”

Swain said after the tags come out residents can go through the normal car tag renewal process. However, each year the specialty tag costs $31 with $24 of the proceeds going into the school district for continued technology needs and playground equipment.

“We’re extremely proud of our Commodores and we can’t wait to show our pride to people from the outside looking in that are going to see what a great school district that we have,” Swain said.