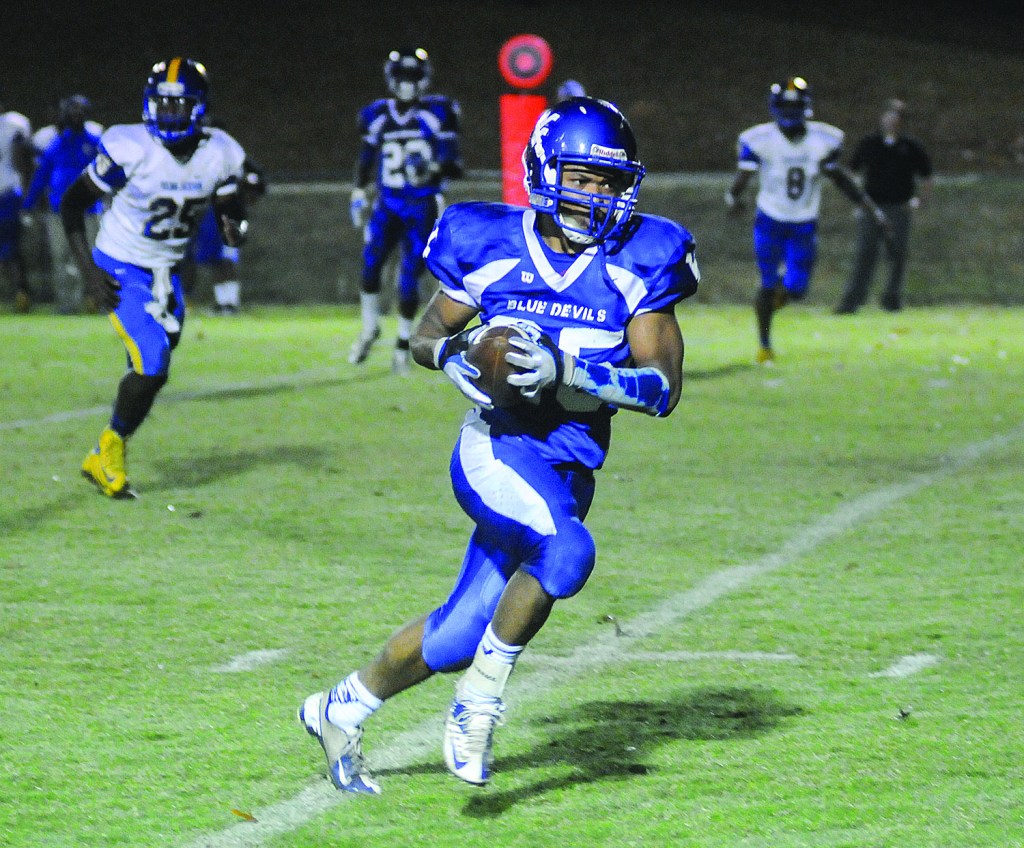 WATER VALLEY — A short week can cause some anxiety for coaches, especially when preparation for a game that’s either going to extend the season or end it is abbreviated.

With the threat of inclement weather Friday moving the Blue Devils’ MHSAA Class 3A playoff opener up a day, the Blue Devils’ routine of having the game plan in by Wednesday fell in line. And the quick turnaround played into the hands of a team with a heap of momentum.

Water Valley answered an early blow by Velma Jackson and rolled to a 32-12 win Thursday at Bobby Clark Field, earning a trip to Aberdeen for a second-round date next Friday. After a 1-4 start, Water Valley (7-5) has won six of seven and five in a row.

“Not this late in the year, not really,” Embry said of worrying about having one less day to prepare. “I felt like we usually have everything in by Wednesday. Thursday is just kind of a walk-through. That’s all we missed.

“Young and maturing. Young guys practicing and getting better confidence-wise. All of that.”

It didn’t really matter who was at quarterback as the Blue Devils, again rotating between pocket passer Ty Varner and dual threat Kirkland Horton, racked up 445 total yards and scored all their points before halftime.

Horton’s second pass of the night went for a 60-yard touchdown to Quez Towns a play after Velma Jackson (5-6) took a 6-0 lead on Mekhi Ross’ 50-yard scoring run. Horton also had two rushing touchdowns. Varner went 16 of 21 for 198 yards and a touchdown, connecting with Daniel Fleming for a 30-yard strike to make it 25-6 with 4:13 left in the second quarter.

“(Velma Jackson had) some scheme stuff that we thought was built to stop the run, and we like to run the ball out of three wide-receiver sets,” Embry said. “Therefore it matches up pretty well when they try to stop the run out of that. You get some one-high safety looks, and our receivers are pretty good players. Our quarterbacks did a pretty good job.”

The Blue Devils worked in some wrinkles in the run game after running back Taghee James left early with an ankle injury. Julian Williams stepped in to rush for 92 yards on 26 carries while receiver Mark Gooch took a reverse 38 yards for a touchdown.

The Falcons’ scoring plays accounted for 90 of their 226 yards.

“If you don’t fit it right, that’s what happens,” Embry said. “We fit it right most of the night.”