Chargers finish runner-up in 5A meet 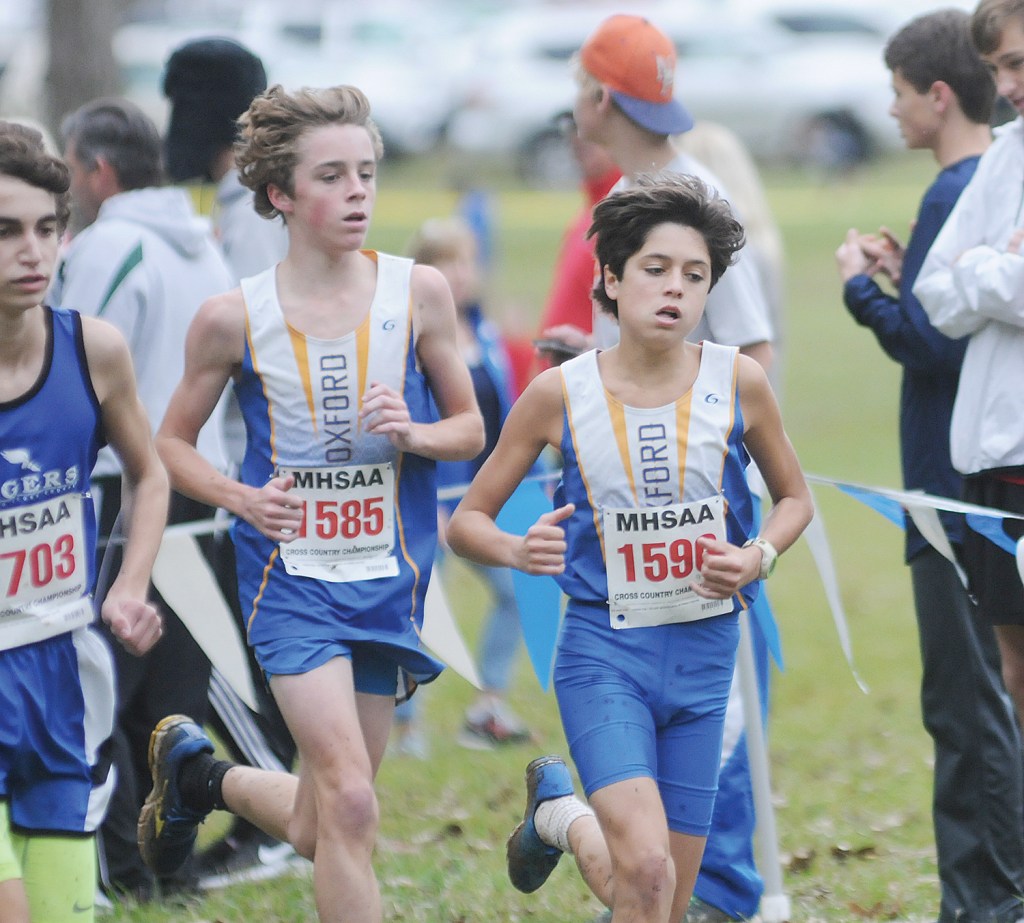 CLINTON — Oxford coach Chris Patton knew it was going to be a battle between two of north Mississippi’s top teams and that it would be close.

Turns out seven points were the difference.

Oxford’s boys cross-country team placed second with 34 points behind Saltillo’s 27 points in the MHSAA Class 5A state championship at Mississippi College Choctaw Trails in Clinton on Monday. The Tigers ended a streak of two straight state titles won by Oxford.

When the day began, everyone knew it was going to come down to Oxford and Saltillo but were not sure how things would shake out.

The two teams were so dominant that 14 of the top 15 finishers were from the Chargers and the Tigers. Oxford’s runners all finished inside the top 15.

“I remember back when I was in high school, the North always dominated from what I’ve seen since 2001,” Patton said. “It’s still to this day. We knew coming into the meet that it would be a dogfight between us and Saltillo. Like I told the team (Sunday night), it’s going to come down to who has the best day. We had tough conditions and that was a major factor, but it was the same for the whole group.”

The course was still soggy from the rain that moved in through over the weekend, causing the 2A, 4A and 6A meets to be moved from Saturday to today.

Oxford claimed the third and fourth spots with sophomore John Owen Yoste and junior Jonathan Tyler finishing with times of 17:36 and 17:46, respectively. Tyler and senior Alex Thomas were the Chargers’ top two finishers in last week’s Region 1-5A meet in Saltillo, but this week, Yoste stepped up and paced the Chargers.

“He found out, ‘This is what I have to do,” Patton said of Yoste. “He actually ran a complete race (Monday). The time didn’t show it because of the conditions, but if it wasn’t muddy and the conditions wasn’t like they are, you would of saw a phenomenal time from John Owen. He may have won the entire race.”

Other top finishers for the Chargers were Will Farmer, Thomas Mayo and Alex Thomas, who placed seventh, ninth and 11th, respectively. Harriman Abernathy and Charles Powell finished 14th and 15th.

Erasing a crushing one-point loss to Pearl a year ago was not to be for Oxford’s girls as they once again finished runner-up. This time, they stood behind Saltillo, which swept both state titles Monday.

Oxford earned 49 points while the Tigers recorded 20 points to claim the top prize.

The course was a standard 3.1-mile length, the same as a 5K run. Two of Oxford’s runners were eighth-graders in Hughes and Mitchell, who had been running only two miles all season.

With the 1.1-mile addition and very little training time to adjust, Patton was thrilled with his girls’ results

“They didn’t figure out how to race until last week,” Patton said of Hughes and Mitchell. “They excelled far from what I expected them to do. They were a little sad because they didn’t win, but I told them, ‘If you put your best out there, that’s all I can ask for.’”

Oxford is still a very young cross-country team with two of the 18 runners graduating in Abernathy and Alex Thomas. The Lady Chargers have every runner returning next season, and after two straight runner-up finishes, they are hungry to return next November.

“True character is how you’re going to bounce back from this,” Patton said. “We’ve got to bounce back from this and move on for the next one. I ask a lot of them with 6 a.m. practices and then come back and practice in the afternoon. I told them three years ago this is a progress. We don’t have any seniors this year, they’re young. Next year, we’re going to be a force to reckon with on both sides.”