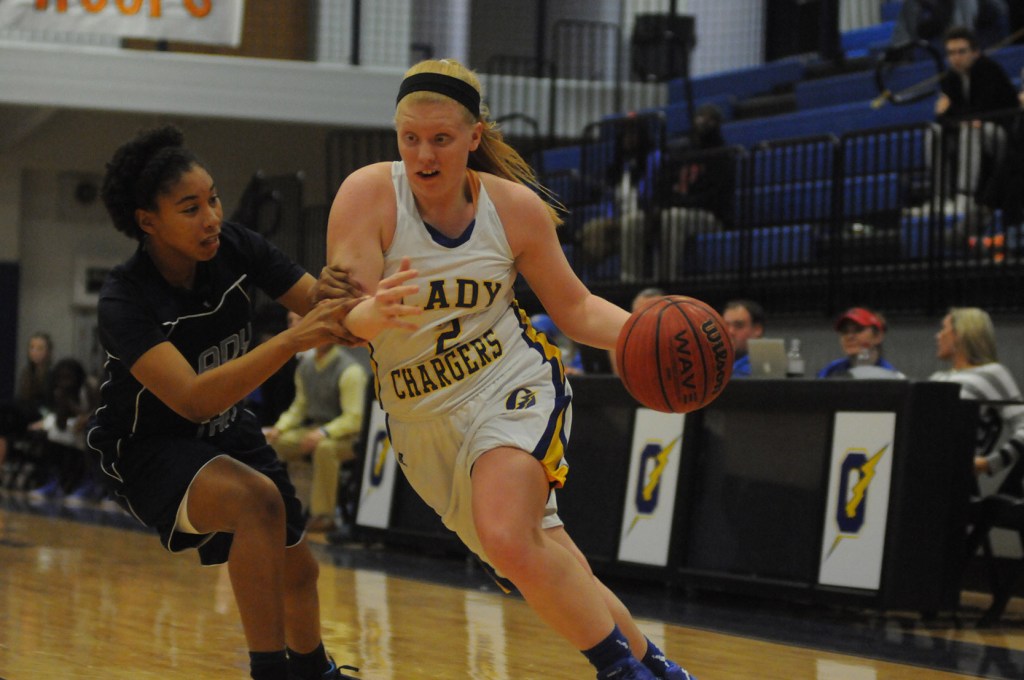 Oxford’s girls basketball team played plenty of defense Monday. But the Chargers never found the offense to go with it.

Oxford lost for the first time this season with a 36-33 setback to Ridgeland in its opening game of the Lady Charger Shootout at the Oxford High gym. The Chargers (3-1) forced 23 turnovers but nearly committed as many as the Titans befuddled Oxford with their zone defense from start to finish, never allowing the Chargers to come close to finding any offensive rhythm.

“I told the girls I didn’t really have them prepared to win this game, and I’m going to do a better job,” Oxford coach Cliff Ormon said.

The Chargers’ first-year coach brought his high-pressure defensive system from Ripley when he was hired in the spring. Intense man-to-man defense is a staple of Oxford’s practices, but Ridgeland surprised the Chargers with a 2-3 zone that Ormon said his players weren’t sure how to react to.

Ridgeland never went away from the zone as the Chargers’ ball movement was stagnant. The Chargers tried to get it inside to senior forward Kyla Malone at times, but many of those passes were stolen with the defense packing in on the interior.

Oxford finished with 22 turnovers and had no one finish in double figures. Maggee Hobson and Aliyah Herod each had nine points to lead the Chargers while Malone added five. Natalie Erwin scored a game-high 12 points for Ridgeland.

“We don’t play it enough to be good at it,” Ormon said of zone defense. “Teams that play it, they’re going to be able to do things that we can’t simulate because they work on their rotations. I can give them a basic look, and it’s just something we’re going to get better at. We’re going to go and put in a lot more time thinking we might see that some more.”

But the Chargers’ own defensive style kept them close and triggered a 10-0 run to end the third quarter that put Oxford ahead 30-25. But Ridgeland tied it at 32 with less than 2 minutes left and scored off back-to-back turnovers to go up by four, putting it away against an Oxford offense that was out of sync from the start.

Oxford turned it over on three of its final four possession and struggled at the free-throw line, making just 11 of its 25 attempts.

“Some of the passes we should’ve went and got I thought, but it was a lack of seeing it in practice enough and then making the plays,” Ormon said. “We just weren’t able to execute the plays some. Again, it’s early in the season. I’d rather get this out of the way now, and it’s something we can work on in practice.”

Oxford will wrap up tournament play tonight at 8 against Cleveland.