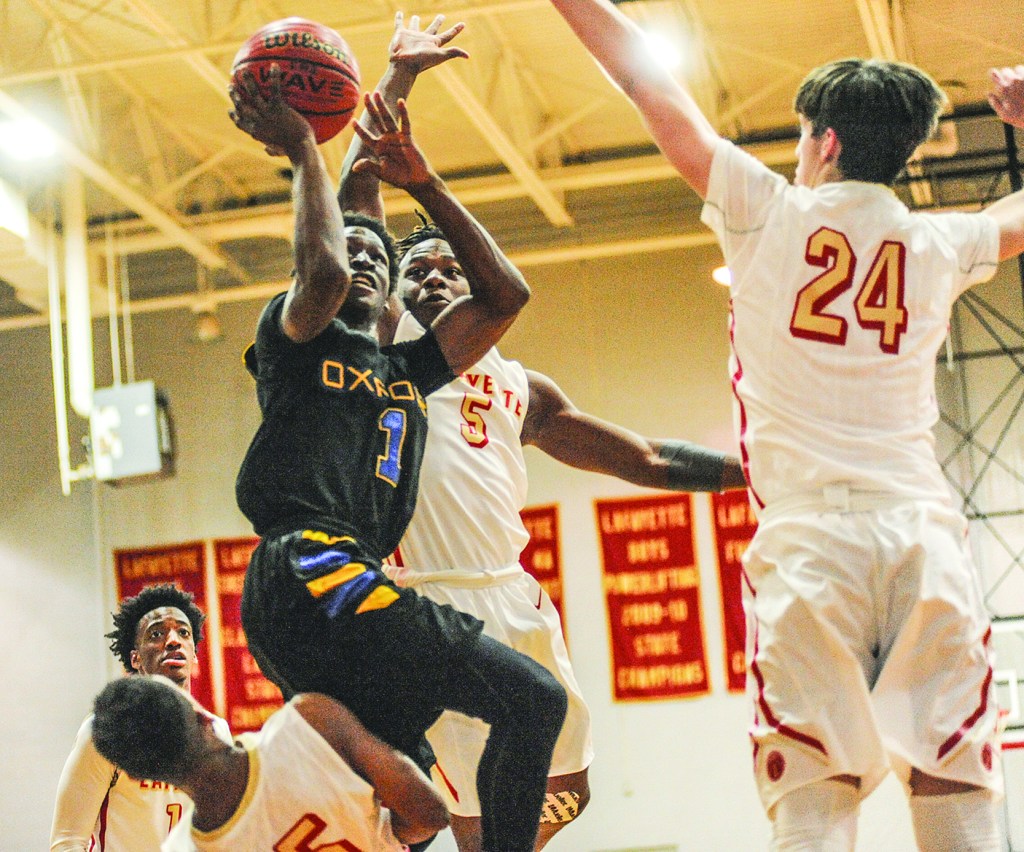 For the only time this season, Oxford and Lafayette met on the hardwood to renew the crosstown rivalry Friday with both schools claiming bragging rights.

The Chargers dominated Lafayette with a 74-48 win while Shayne Linzy led the Lady Commodores to a 55-40 win over his former team inside the LHS gym.

The week off between games did not faze Oxford (7-1), which handled the Commodores (2-6) from the opening tip in the boys’ contest. The Chargers used their speed and their size inside to dictate the pace while Lafayette did not have an answer for it all night.

“I’m not seeing anything good,” Lafayette coach John Sherman said. “We gave up way too many layups, I know that. We gave up too many transition layups. It’s going to be interesting for me to see on the film how many we gave up by not getting back.”

Things were close after the first eight minutes with Oxford leading Lafayette 21-14, but the Chargers used a 23-7 second quarter to pull ahead for good, keeping the Commodores at bay.

One of the question marks Oxford coach Drew Tyler had entering Friday’s contest was how the conditioning of the football players who were participating in their first game of the season would be with football concluding a couple weeks ago.

The football season was a little longer for D.K. Metcalf, who missed last week’s O-Town Showdown due to playing in the Mississippi-Alabama All-Star Game. Metcalf’s insertion into the Oxford lineup was seamless, and he made his presence felt early in the game.

The standout senior is relied upon for his defense on the basketball court, and Metcalf showed why, recording three blocks on three straight Commodore possessions at point midway through the game. He finished the night with 15 points, including two dunks.

“When he enters the court, he brings a big wingspan,” Tyler said of Metcalf. “He’s able to really just handle the point on that press and make the opposing team work so hard just to throw it horizontal. That’s advantageous for us.”

Mixed emotions
Linzy has coached Lafayette in 10 games this season, but it is the most recent one he tried not to think too much about.

For the first time since he relocated across town, Linzy faced his former team in Oxford.

The Lady Commodores made sure their new coach ended the reunion with a win as they handled the Lady Chargers with ease.

The game was never really close with Lafayette (7-3) leading 15-7 after the first quarter and stretching it out to a 33-14 lead over Oxford (8-2) by halftime. The Commodores used full-court pressure early, causing several Oxford turnovers that the Chargers could not overcome.

“Lafayette came out ready to play,” Oxford coach Cliff Orman said. “I thought we were prepared and obviously we weren’t ready and that comes back to me. I’ll have them better prepared for our next game. They were hot, and it seemed like the shots we’d been making all year just didn’t go in.”