The weeks leading up to Christmas 1862 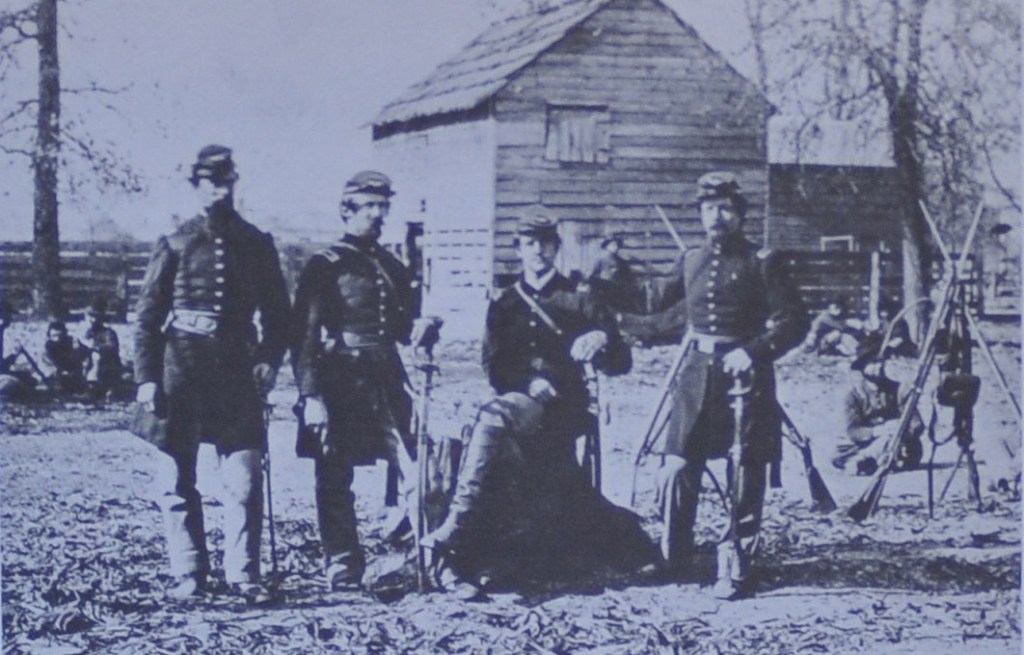 The weeks before Christmas 1862 were a trying time in our “little postage stamp of native spoil.”

In the first few days of the month of December the Yankees had finally made their way to Oxford. Gens. Ulysses S. Grant and William Sherman were making the first of their three attempts to capture Vicksburg.

After setting up Holly Springs as the supply depot, the Union army could bring supplies down the railroad from Columbus, Kentucky their main supply point to Holly Springs to supply the Mississippi campaign. After setting the supply depot, Grant then made his way to Oxford with a little more than 3,000 men. Sherman crossed the Tallahatchie to the west of Abbeville at Wyatt Crossing. He had a little over 30,000 troops with him. The Yankees covered an area from College Hill to Abbeville.

The historical data in today’s column comes from the minutes of the College Hill Presbyterian Church from the first week of January 1963. The land around the community of College Hill had been settled by a group of Presbyterians from Greene County, Alabama, and Maury County, Tennessee. They formed a church and a college in their new community in Lafayette County. The church members required that any of the land that had been purchased by the new group of settlers be only settled by Presbyterians.

It did not matter how prominent or wealthy you were, the settlers would not allow you to purchase land in the community if you were not a Presbyterian and a member of their College Hill Church. When Dr. Greenberry Bowles, a man of wealth and culture, wanted to purchase land in the community, his request was refused because he was a Roman Catholic and his wife an Episcopalian.

Dr. Bowles and his family would then purchase land to the east of College Hill near the center of a line from Abbeville and College Hill. He would build his mansion and plantation on this land that would later become the headquarters for Sherman and his troops. This was the time before Sherman’s famous “March to the Sea” in Georgia where he burned everything in sight.

When Sherman’s soldiers took over the Bowles’ home his men set fire to the home, but Sherman quickly had the fires extinguished and began to use the home as their headquarters. Dr. Bowles was with the Confederates in the area at the time and he had sent his body servant, Frank, to get his daughter and young niece away from the plantation. They were able to do so and were sent to family in Aberdeen. The only way they had to travel was by an old lame horse that the Yankees had not confiscated. This left his wife and smaller children in the hands of Sherman and his men.

Sherman allowed Mrs. Bowles to take bedding and clothing from an upstairs room to a large room on the first floor. She was also able to take with her and the children a small amount of corn meal and bacon that had not been taken by the Union troops. Sherman told her to barricade herself and the children in the large room, because he would not be responsible for what would happen if they left the room.

She was in great fear not only of personal danger but also of hunger for her children if she must stay shut in more than one or two days. Late that night she heard a scratching noise under the floor near the hearth and then the creaking of one of the wide oaken floor planks as someone pushed it up from below. It was a short end of a plank put in when a coal of fire had burned a hole in the floor a few years before. She wondered if any soldier had noticed it.

As the plank at last gave way and in the flickering firelight a hand reached through — it was a black hand. Then the whispered voice of old Pappy Dan reached her ears. He had managed to hide a milk cow over in a swamp, he said, and there was some milk for the children. He would come back every night and bring them what food he could find.

One of the young Bowles children would in later life marry Oxford merchant and banker Ben Price. They would name their home on North Street, Ammadelle. The name was a combination of her name Delle and Price’s sister Amma Sivley. It is still called Ammadelle and all the remainder of her life she kept Pappy Dan close by. He had saved her and her family from starving during the war and she was determined to take care of old Pappy Dan for the remainder of his life.

In College Hill, the Union soldiers burned several homes. One of the homes burned because a wounded Confederate soldier had been staying there. The Yankees completely devastated the community. They burned the cotton gin and gristmill, but the College Hill Church survived the destruction. Sherman’s Chaplin led services in the church, but he did hide the songbooks for fear the soldiers would destroy them.

Two other stories made it into the minutes that are also interesting. They concern a rooster and the family silver.

A Yankee officer ordered Em Frierson to sit at her parlor piano and play all the Southern songs she knew. When she started to play some soldiers rushed in to stop her but the officer insisted she keep playing. She was terrified while playing the piano because she had hidden the family silver in the piano.

Frierson also had been able to hide two chickens and a rooster under a tub in the tall grass at the end of her garden. She had done this to keep them from becoming a Yankee’s supper. Every morning the rooster would still crow at daybreak. The Yankee soldiers would look for the rooster each morning, but they were unable to find his hiding place.

The Yankees left Oxford and Lafayette County a