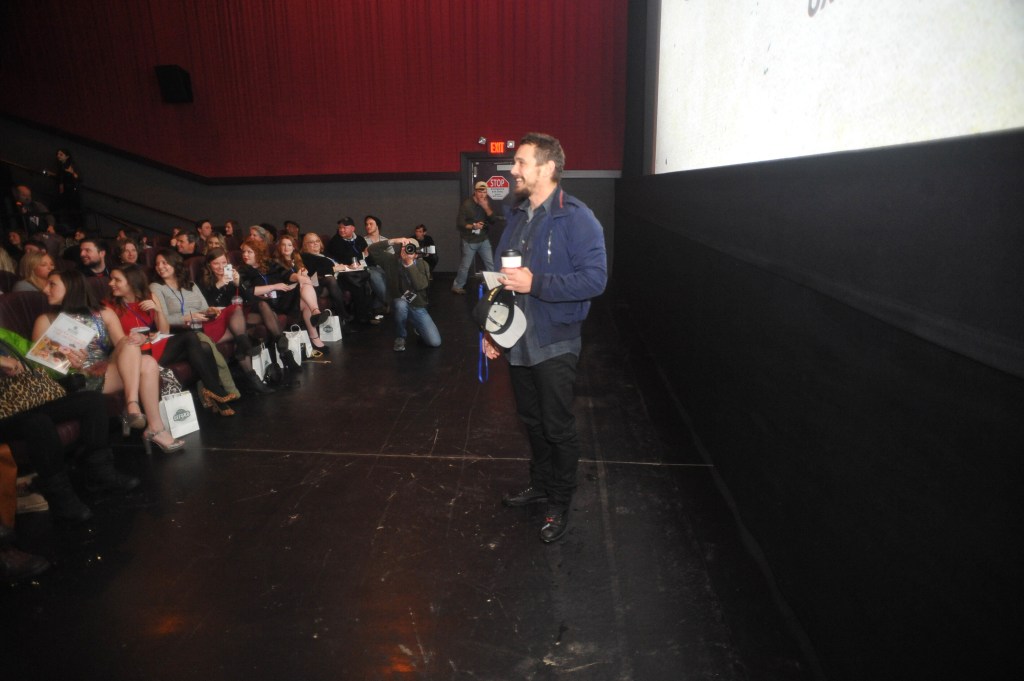 Actor James Franco speaks before a screening of "The Sound and The Fury" at the Oxford Film Festival, at the Malco Oxford Commons Cinema, in Oxford, Miss. on Thursday, February 26, 2015.

Oxford’s film festival got a nod from AAA this month, which in turn could bring in more travelers to the annual event.

Oxford Film Festival will be featured as a Southern Travel Treasure in the January/February edition of “AAA Southern Traveler,” which is just in time for the Feb. 17-21 event.

“We’re pleased to add the Oxford Film Festival to the growing list of ‘treasures’ in our region,” said Michael Right, editor and publisher of the AAA magazine. “Our members recognize the South has endless travel and recreational opportunities. We try to offer events like this to our readers to encourage more exploration of local sites and attractions.”

“This is a great honor for us and a great opportunity to highlight Oxford,” she said. “I hope that people see it and consider coming to the festival.”

The festival also received a nod recently from The Local Voice as a No. 2 festival.

“We think there is something for everyone in this year’s festival,” Addington said. “From spiritual films to experimental and animation to campy horror, there are 139 films to choose from. This is by far our most diverse slate with a fun range of films that people can enjoy. “

“It is crunch time for the festival,” she said. “The program has just gone to press and will be out around town soon. Posters are being distributed and films are being sent to us currently. Most of the work in planning the festival happens in the last three to four months so we are just doing all the basic things to prepare like ordering signs, etc.”

“AAA Southern Traveler” circulates to more than 290,000 AAA homes in Arkansas, Louisiana and Mississippi, and AAA says more than 70 percent of readers choose to stay in the South for travel.