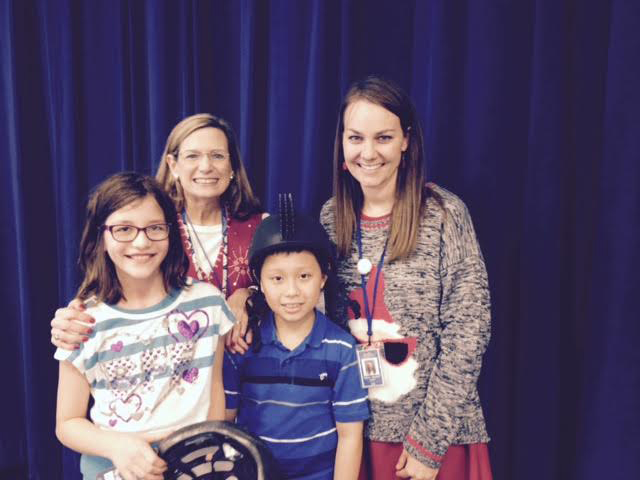 Elementary students who have excelled in reading will be riding new bikes in the area, thanks to a local service group.

The Kiwanis Club of Oxford awarded 12 bicycles to a male and female improved reader in third, fourth and fifth grades at Oxford and Lafayette County schools.

Current club president, Jim Stephens, said reading is a lost art for a lot of young people and the Kiwanis Reading Awards are a way to turn the tide.

“What we hope to do is to give the children incentives to read more, to read better and to become acculturated readers,” he said.

The improved readers were given their awards in December after the bicycles had been on display at the schools since October.

The reading instructors who work with the children at Della Davidson Elementary, Oxford Intermediate School and Lafayette Elementary School chose the students in each grade.

Twelve years ago, when Kiwanis was first getting the bicycle program started, the club only had two bikes to give as awards. One was given to an Oxford student and one was given to a Lafayette County student. As the program has grown over the years, the incentive continues to encourage reading as much as possible.

“This is a very encouraging project for the students,” said Kiwanis member Samir Ross.

Ross said the program works best when students are competing for the bicycles because it gives them great satisfaction from winning.

The bicycles given as reading awards are not the only educational project the Kiwanis Club has fostered in the community. The club has other writing and reading programs designed to encourage learning and improve reading within the schools.

Even more than doing better in school, the Kiwanis members believe the programs help students later in life.

Stephens said he hopes the program encourages many students to read more because he believes it will make them successful later in life as well as in school. He said even if the incentive accomplishes a small victory in helping one student improve their reading skills, Kiwanis would accomplish a lot.

“If it does that for one child, it’s a success,” Stephens said.