The Oxford Police Department arrested an Abbeville man Monday and charged him with commercial burglary for allegedly breaking into Soul Food Kitchen.

Investigators say Kendrick Mathis, 37, was identified by witnesses after breaking into the restaurant. He was picked up Monday and taken to the Lafayette County Detention Center where he was booked on a $10,000 bond; however, the bond was revoked due to Mathis being out on a bond on an unrelated felony charge. 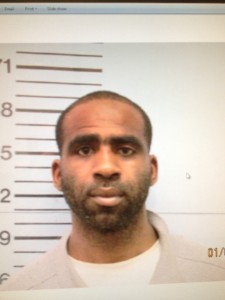 1 no seatbelt, suspended driver’s license and no insurance

At 2:55 p.m. at Oxford Diagnostic Center after someone using a torch activated a smoke detector

At 12:36 this morning at McDonald’s on University Avenue after burned food activated the kitchen heat duct detector