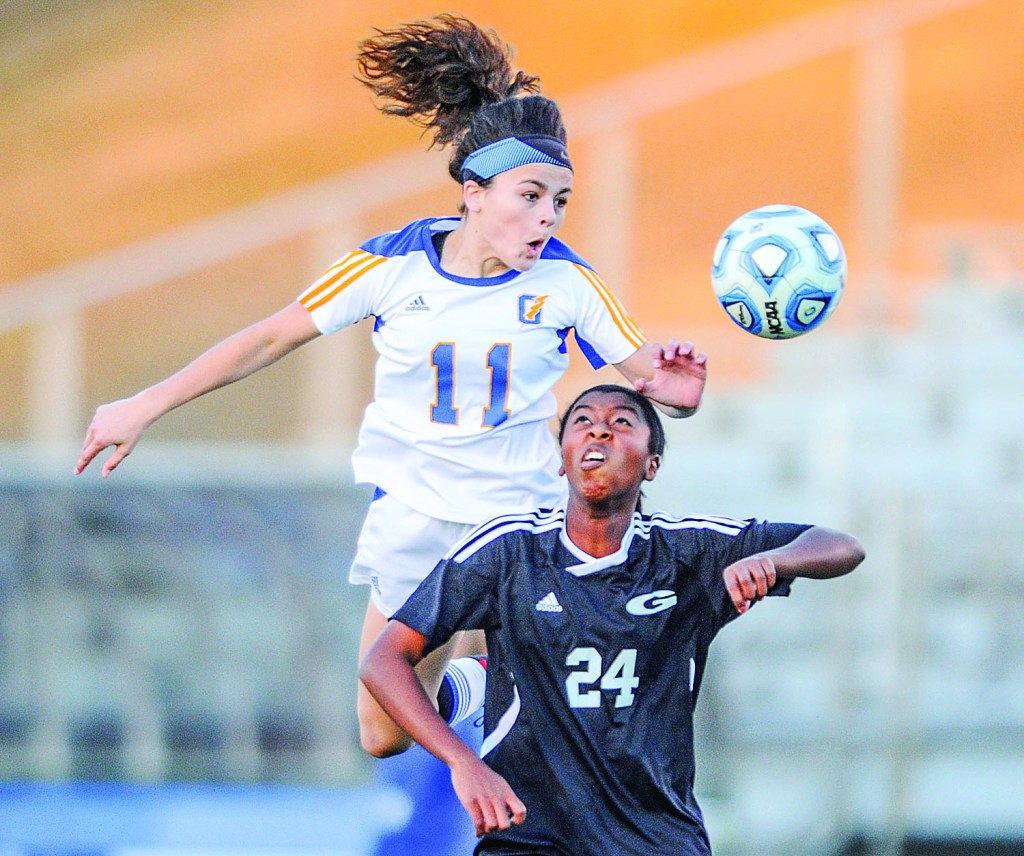 An eighth-grader evolved into a seasoned varsity player Saturday night, and the Oxford girls soccer team is one win away from the MHSAA Class 5A soccer championship match because of it.

It was a shot at revenge after Germantown beat Oxford in penalty kicks in the first round of last year’s playoffs, and the Chargers made the most of it.

“We just told them it’s going to take guts in the second half,” Oxford coach Hunter Crane said. “It’s all about who wants it more. We’re the more talented soccer team there. (Germantown) was giving us some fits, and we told them if they could give us 40 minutes of the most passionate soccer they’ve ever played that they’d come out on top. That’s what they gave me.”

The match did not start out so positively for Oxford (18-5) though as the Mavericks took control early.

Germantown broke through with a goal in the 26th minute when the Chargers could not clear the ball deep in their own territory, allowing the Mavericks to clean it up and place it in the back of the net for the 1-0 lead.

“We just got out of position,” Crane said. “We made a poor choice, but we bounced back from it.”

Oxford had chances to tie the match during the first half, including a free kick and a corner kick that each nearly found the net. The Chargers were unable to break the seal off the goal and trailed by one goal at halftime.

The deficit did not last long into the second half as Oxford’s key offensive weapon leveled the match. O’Connor scored on a breakaway goal to knot the match 1-1 three minutes into the second half.
The eighth-grader was not finished as she single-handedly muscled through the Germantown defense, connecting on a laser shot that went over the outstretched Maverick goalkeeper’s hands to give Oxford a 2-1 lead at the 51st minute of play.

“I think our midfield and defense picked up,” O’Connor said. “I just wanted to do it for the seniors and for Oxford. … I just really wanted to win.”

Oxford will host divisional foe Saltillo in the North Half championship match Tuesday for the right to play for the state championship at Madison Central High School on Saturday. The Chargers and Saltillo split their regular-season matches, winning at each other’s field.

“We’re very familiar with those guys,” Crane said of Saltillo. “I thought we played them well both times we played them, so I like our chances.”

OHS boys eliminated
The season for Oxford’s boys ended against Germantown for a second straight year Friday as the Chargers fell 1-0 at Bobby Holcomb Field.

Niki Parsa scored for Germantown in the 12th minute, and it ended up being just enough in a tightly contested match filled with some tense moments. The playoff rematch came a little more than a year after Oxford (15-9-1) fell on the road to the Mavericks (11-3-4).

“When (our players) do exactly what you want, give everything like you ask for and they come off with their tongues hanging out, even though we lost, that was just one of my most proud moments,” Oxford coach Jonathan Branch said. “I couldn’t have asked for a better game. It just turned out it wasn’t our night.”

The Chargers stayed close throughout with the help of a number of key saves by keeper Zac Jenkins while what would’ve been an equalizer by Keaton Calhoun early in the second half was negated after officials whistled Calhoun for offsides. Oxford’s next best chance came with approximately 14 minutes left when Brooks Kevin corralled a loose ball in the box off a corner kick and sent his shot ricocheting off the far post.

“It’s just tough to lose when we played as well as we did,” Branch said. “If we had been on the other side and got the win, this would’ve been the most memorable game that I’ve ever been a part of in any sport, but the L kind of puts a damper on it.”