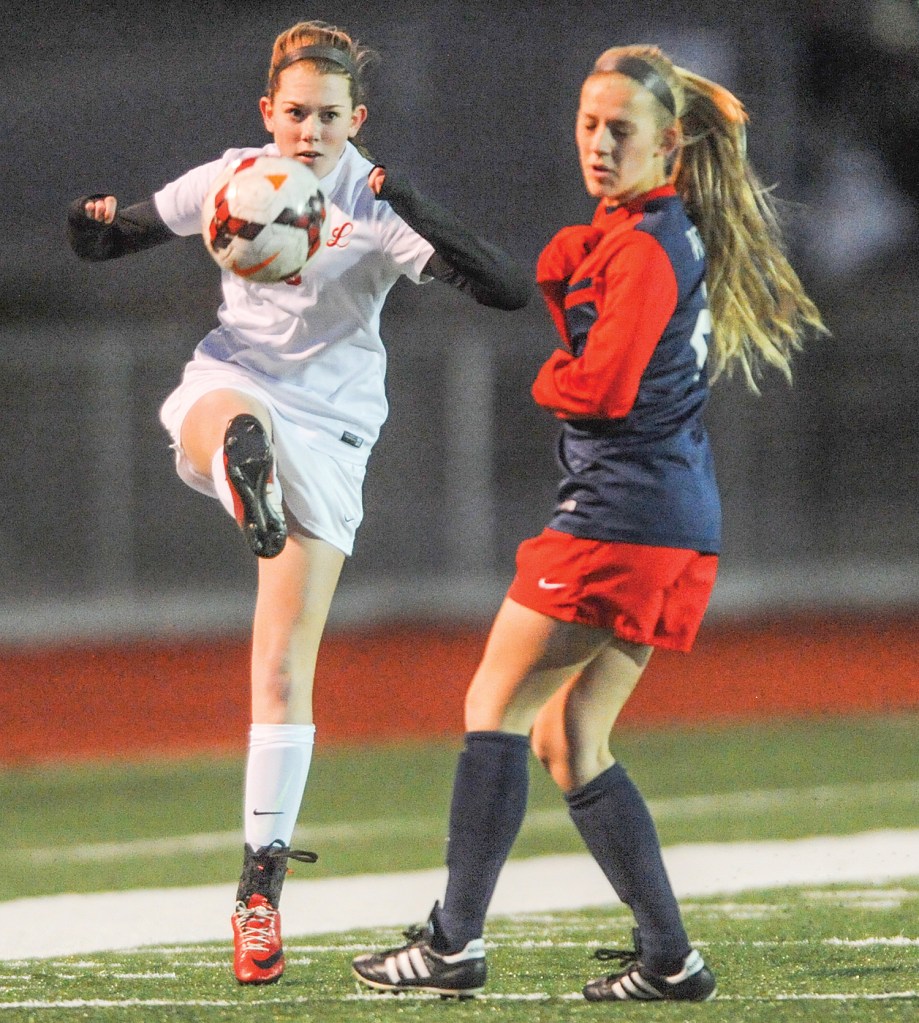 Halle Moore, left, and the rest of the Commodores go for their second straight 4A title Saturday against West Lauderdale. (Bruce Newman)

A second-round match against Florence last week and Wednesday’s North Half title match against Richland for a second straight year is where the similarities end. A potential rematch against Northeast Jones was in the offing, but a 2-0 loss in the South Half championship on Monday night erased that.

A new opponent from the South in the form of West Lauderdale stands in the way of the Commodores becoming back-to-back state champions.

The MHSAA Class 4A state championship is set for Saturday at noon on the campus of Madison Central High School.

Lafayette was the new kid on the block last season, making its way through the bracket as kind of the unknowns. But after its performance last season and its dominance this year, Lafayette is no longer under the radar and teams know what the Commodores are capable of for 80 minutes.

“You win once and we were underdogs and nobody kind of expected us to,” Lafayette coach Melinda Scruggs said. “You win again, and it’s like a whole lot more to prove.”

If they want to prove they belong as one of the elite teams in Mississippi and not just a one-hit wonder, the Commodores (19-2) will have to get past a West Lauderdale team (20-2) that has been nearly as dominant in the South.

The Knights’ journey to Saturday started with a 12-1 win over Poplarville in the opening round. West Lauderdale followed that up with a 4-1 win against Pass Christian in the second round and wrapped up the South title against Northeast Jones.

Their main weapons are a seventh-grader in Riley Thompson and a freshman in Jada Smith. The pair have combined for 49 of West Lauderdale’s goals with Thompson and Smith scoring 26 and 23, respectively.

“We’ll obviously do our research and be ready to go (Saturday),” Scruggs said after the win on Wednesday night.

While Lafayette will have to keep a close eye on the Knights’ two threats, West Lauderdale will have to do the same with the Commodores’ main weapon, Alley Houghton, whose career includes more than 240 goals and counting.