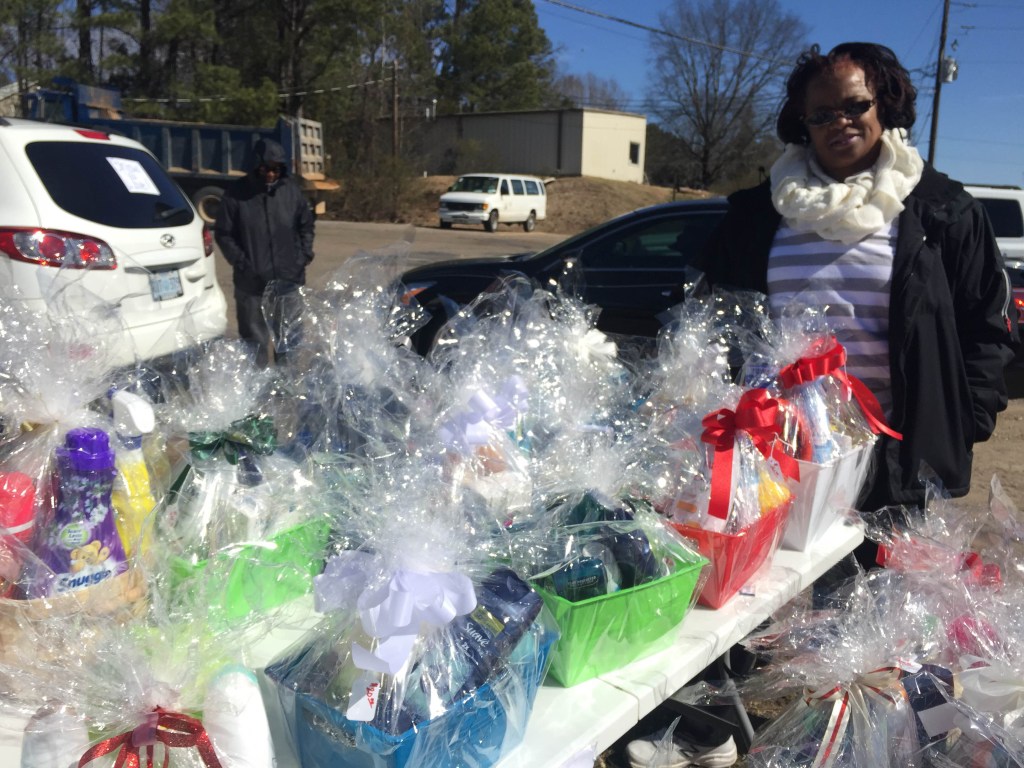 Veronical Johnson, 58, was found at the four-way stop as you enter Oxford from Highway 30 Saturday afternoon.

Johnson was leaning on her car behind a table of gift baskets that she and her friend, Nora Ingram, were selling.

Johnson, who is originally from Oxford, now lives in Southaven with her husband, who works as a building service manager for a law firm.

When she isn’t making and selling gift baskets as a side hobby, she works part time as an event specialist for Sam’s Club.

Johnson has three grown children — all who live in other states — five grandchildren and one great-grandchild. She was a single parent for many years while raising them.

“We’ve had our aches and pains along the way,” she said. “But they are doing well.”

Johnson said she worked at a couple of factories in Oxford that include the Kellwood sewing factory before it closed and Whirlpool.

“I hated to see it go, but that’s manufacturing — here today, gone tomorrow,” she said.

“We met at the Whirlpool plant,” she said. “We started with helping my sister do some baskets for a church program. We get together and make the baskets up. It’s a joint business for both of us.”

Johnson said she appreciates her friend.

“I’m proud to have a friend,” she said. “My friend, Nora, is the epitome of what a friend should be. She’s been there when I was sick. My life revolves around the kids, and she’s been there. She’s been along the journey.

“Friendship carries no debt. There’s nothing I wouldn’t do for her. If you got a friend, cherish that friend, because they don’t come by that easy. Anyone can say they’re a friend, but it’s in the way you show it.”

HELPING OUT: Supporting cast helps Rebels pull away for…