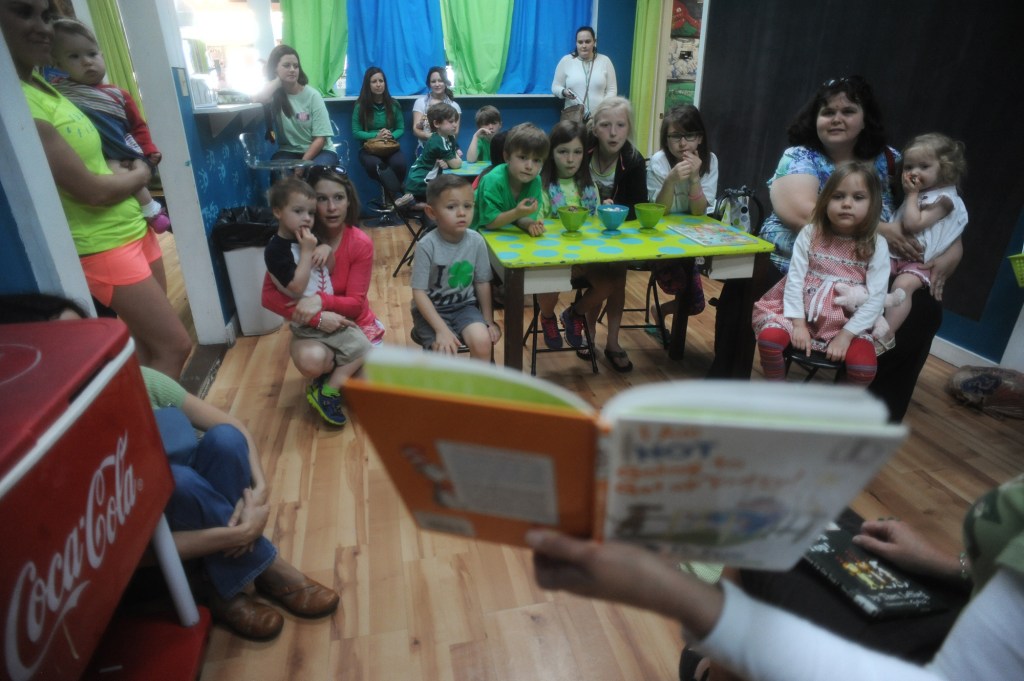 Twenty years after its founding as a small community nonprofit, the Lafayette County Literacy Council is realizing its earliest goal of equipping adult learners, while also fostering literacy skills at the family level.

“Literacy transforms people’s lives by opening up new opportunities,” said Board President Vicki Fowlkes, a former educator. “Beyond those individual gains, we benefit as a community when more people can read well and pass those skills to their children. Having a literate citizenry raises the social, economic and cultural quality of life for us all.”

Its mission is to “improve the quality of life in Oxford and Lafayette County through literacy and reading.”

While the goal is broad, the Literacy Council has spent recent years honing in on those activities that are most effective and finding new ways of reaching those who need its services the most.

“We believe that it is never too late to start learning,” said Sarah McLellan, Lafayette County Literacy Council executive director, “and are fortunate to have an amazing community by our side supporting our programs.”

The Lafayette County Literacy Council is staffed by a part-time executive director, along with an AmeriCorps VISTA staff member and a program coordinator for its adult learning program, ABLE. It is led today by an active, diverse board of directors.

“I have been impressed by how an organization with such a tiny staff gets so much done,” said Alice Ricks, executive director since 2013 of the United Way of Oxford and Lafayette County. “Their influence and their work is much bigger than their personnel and budget would suggest.”

The First Regional Library system initiated a program to train and certify tutors at each of its branch libraries, using the Laubach Literacy “Each One Teach One” method. Retired head librarian Dotsy Fitts recalled that the library provided scheduling for the tutoring sessions, which took place in the library’s program rooms rather than at public tables around the book stacks.

The setup helped address one of the key challenges in offering help for illiteracy: Most adults are embarrassed to admit they can’t read well.

“Those who came to learn were both black and white, and included domestic workers and those who worked in local industries,” Fitts said. “Providing one-on-one tutoring rather than a large class offered them privacy. And the library was a setting that was accessible and familiar to all different kinds of people in the community.”

“There was a trend nationally to address literacy from a family standpoint,” Nicholas said, “and grantors at that time were asking for multigenerational programming ideas.”

The Literacy Council joined a partnership with Junior Auxiliary and Square Books to expand the Children’s Book Festival alongside the annual Oxford Conference for the Book. The event initially provided a copy of a young-adult book for all ninth- and fourth-graders in the community and brought authors to town for large-scale speaker events.

The Literacy Council also launched Born to Read, a program which sent books home from the hospital with newborn babies. It found willing partners for its programs among local schools and preschools.

In contrast, the dual-recruiting challenge of finding both adult learners and potential tutors became more difficult.

“Adults come with very full lives and full-time jobs and families — all sorts of things that can stand in the way of learning to read,” Nicholas said. “Adult basic education transitioned from being the main focus to being a small focus. It was difficult to keep the adult program going, and the children’s programs thrived.”

The Literacy Council’s focus shifted to preventing illiteracy in young people rather than trying to overcome illiteracy among adults.

In 2010, the Literacy Council joined the Dolly Parton Imagination Library, through which any family in the county regardless of income level could sign up to have a free book mailed to their child under age 5. The Literacy Council raised money to pay for both the Imagination Library program and the Children’s Book Festival with a popular fundraiser event, the Mardi Gras Bash.

Over the past five years, the Literacy Council has refined its programming and worked to focus even more on those most in need. Most recently, its development of the Adult Basic Literacy Education (ABLE) program marks a realization of the Literacy Council’s original — but challenging — goal.

“We found that once people got to a certain point in life, they had developed coping skills to get around their illiteracy and weren’t as motivated to learn unless there was an incentive,” said Susan Phillips, executive director from 2009-12. “Many people had jobs and felt like they were doing OK despite not being able to read.”

In 2013, the Board of Directors created a strategic plan and soon also began revising its mission statement. It undertook a needs assessment and sought guidance from Literacy Mid-South, a regional leader in Memphis, Tennessee.

“We don’t have infinite resources,” said Meridith Wulff, executive director from 2012-15. “It was important for us to continue asking: What is the most pressing literacy need in this community?”

Working with Literacy Mid-South, the Lafayette County Literacy Council received a grant to launch the ABLE program in 2014. The following year, adding a GED component to the basic literacy program for adults proved to be the key incentive for learners to sign up and attend.

Today, the program engages about 20 learners and has some 25 trained coaches. It continues to grow.

“People who are involved in the program are now telling their friends,” said Barbara Wortham, a former longtime GED instructor and former Literacy Council board member who serves as program administrator for ABLE.

“There are many adults in the Oxford area who did not complete high school, and the need manifests itself in people not being able to find good jobs,” Wortham said. “When they get to a point where they see that having a GED and even going to college can help them find a better job, that’s where our program fits in.”

ABLE provides one-on-one tutoring, pairing each learner with a coach. The GED test lends structure to each individual’s program of learning, as coaches focus on the learner’s specific goals and adapt to the ways he or she learns best.

Alongside its renewed focus on adult literacy education, the Literacy Council continues to refine its programs for children. Volunteers have worked to get low-income families signed up for the Dolly Parton Imagination Library, and the Literacy Council demonstrates the program’s impact on families through surveys.

It continues to participate in the annual Children’s Book Festival, but now brings excitement to reading at a younger age by providing books for first-graders rather than ninth-graders. Other recent programs like Reading Rockets, a reading intervention program that paired tutors with local schoolchildren, concluded at the end of their grant funding term.

Ricks said she’s seen the Literacy Council continue to evaluate its own efforts and evolve.

“The issue for the Literacy Council is not ‘This is how we’ve always done it,’ but rather, ‘How could we do better?’” she said. “They are also team players and open to partnering with other groups in order to achieve more than they could on their own.”

Veteran OPD officer leads on the range and in…