Florida’s fast start too much for Rebels 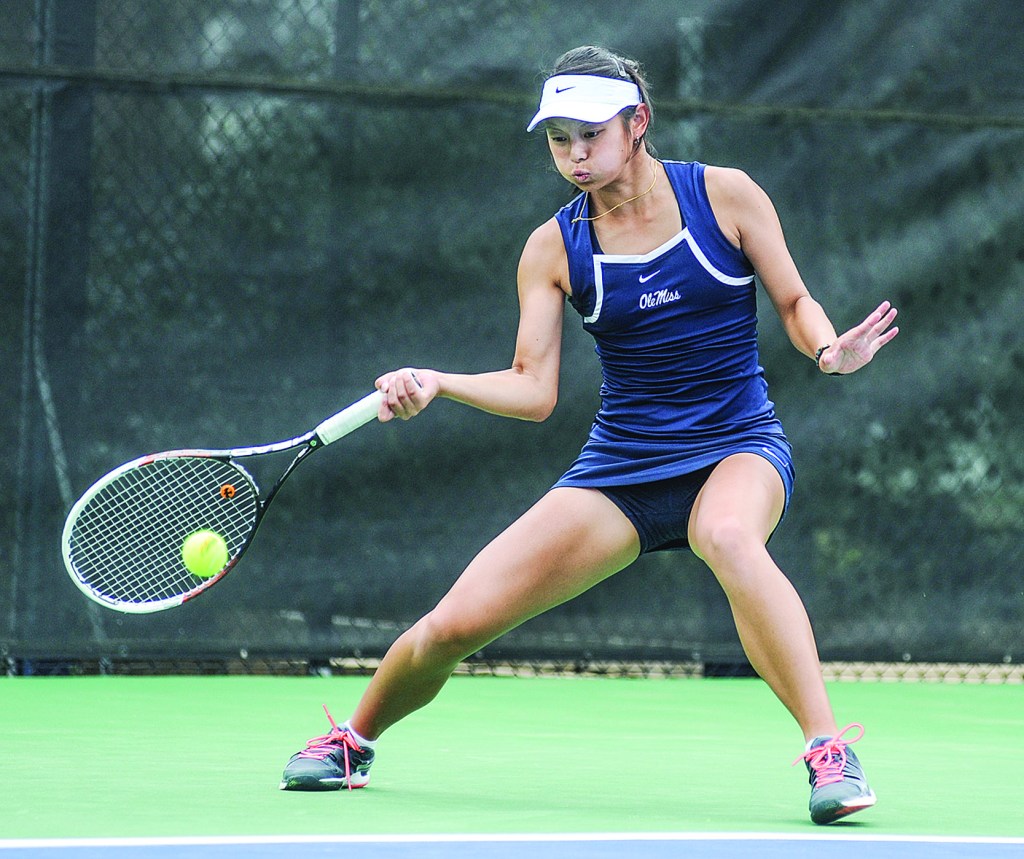 Ole Miss’ Arianne Hartono plays against Florida at the Palmer-Salloum Tennis Center on Friday. The Rebels suffered a 4-0 loss to No. 13 Florida to drop to 8-4 and 1-4 in the Southeastern Conference.

The Ole Miss women’s tennis team dropped a 4-0 match to No. 13 Florida Friday afternoon at the Palmer/Salloum Tennis Center.

Florida took the doubles point with a pair of 6-2 wins on courts one and three to take the early 1-0 lead.

For the first 45 minutes or so of singles play, the Rebels looked like they might make it a match. Arianne Hartono, ranked No. 47 in the nation, won her first set against 15th-ranked Brooke Austin. Natalie Suk, Mai El Kamash and Tea Jandric all had chances to take their opening sets.

Florida didn’t allow the Rebels to get their foot in the match by coming back and winning five of the first sets in singles. The Gators gained straight set wins at six and five and then the clincher at two for the final 4-0 score.

Coachspeak
“Florida is a very good team, but in certain parts of the match, I thought we had a little too much respect for them,” Ole Miss coach Mark Beyers said. “Maybe we felt like in order to beat them, we had to do something extraordinary, which is not the case. In doubles we lost that belief once they got up on us, at least at one and three. We were playing well at two. In singles, the first 45 minutes was really good. The energy was good and we got the crowd involved. They were feeding off each other. When we didn’t get some sets we had chances at, the energy level dropped some. When that happens against a team like Florida, the difference becomes pretty big.

“We are playing good teams every time out now, so there are going to be no easy matches. Getting some wins to get confidence back is going to be difficult. We have to be able to generate it ourselves. We talked to the team about getting the crowd involved and having them help them and feeding off each other as far as their teammates. These teams are good, and they aren’t going to give you any free points.”