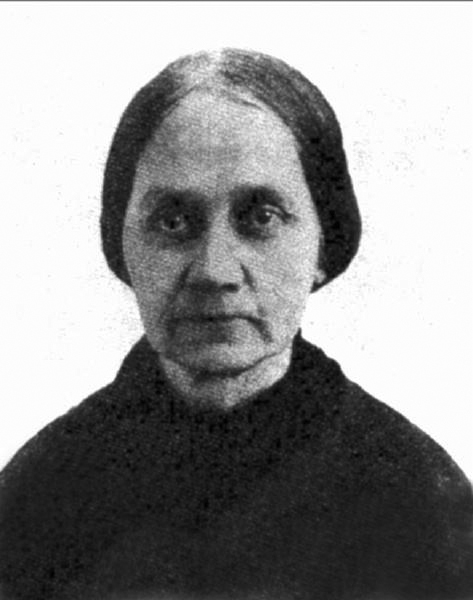 In keeping with the Women’s History Month, I want to give you a little histor- ical information on an early pioneer to Oxford and Lafayette County, Rebecca Pegues.

The story of this pioneer lady starts with her two brothers, Thomas E. B. and Nicholas Pegues. They had made their way to Oxford and Lafayette County just after the Chickasaw Secession of 1832. Their sister Rebecca had remained at the family home in Alabama but would later move to the area when she married her first cousin, Alexander Hamilton Pegues. The three Pegues male relatives would leave their mark on Oxford.

Thomas E.B. Pegues would amass some 5,000 acres in the newly formed Lafayette County. He is also the man who built Ammadelle. Thomas is also responsible for the tree-lined streets of North Lamar Boulevard. He planted the first oak trees on North Lamar so the street would be lined with the trees from the Square to his home. His brother Nicholas would also amass almost 5,000 acres. He would later purchase the Magnolias, which is now the home of Guy Turbow and his wife on University Avenue.

The cousin of Thomas and Nicholas, Alexander, came to Oxford just after his two cousins. He was a bachelor and is said to have amassed almost 5,000 acres and 150 slaves. He was also elected to the state Legislature as a state sena- tor. Alexander had fallen in love with his cousin, Rebecca, the sister of Thomas and Nicholas. These large farms of three relatives were all on in the northeast part of the county known as Woodson’s Ridge. The ridge runs from Highway 30 East at Littlejohn’s Store to the outskirts of Abbeville. Alexander had fallen in love with his first cousin who lived in Dallas County, Alabama. Alexander had made several trips to the family home in Alabama, but Rebecca was not sure if she wanted to marry her cousin.

One letter from Rebecca to Alexander had shown her uncertainty and doubt. In the letter she sates, “As I told you, I have the highest estimation and regard for you.” In the letter she went on to state, “my feelings are not such as you profess to me.” Alexander was crushed, but for the next few years he was persistent. Finally in 1844, Rebecca had a change of heart and the two were married on Nov. 26, 1844. They would move to his log cabin, which was “a bachelor’s home.” Alexander would later build his bride a large fine home on the Ridge.

Alexander and his wife, Rebecca, had encouraged their slaves to learn to read and write which was highly unusual in the antebellum days. Theywere also both founding members of St. Peter’s Episcopal Church and by 1860 the more than 5,000-acre plantation had produced some 150 bales of ginned cotton and 4,000 bushels of corn. When Rebecca came to Oxford she began to write a diary of her life as a plantation owner’s wife. The diary is now housed in the Special Collections and the J.D. Williams Library on campus. It is a good read from the standpoint of the events before, during and after the Civil War.

She writes about the fact that her husband was away from the plantation, due to his service as a state senator, a great deal of the time. She was a very able overseer of his husband’s land and would set down in her diary her daily work on the plantation. Rebecca’s diary is similar to the diary that Mary Chestnut wrote of her life in South Carolina during the Civil War days.

She wrote, as did Mary Chestnut, of her long days on the plantation and the work that she had to do to keep the plantation running at a profitable rate while her husband was away. Many women throughout the South had similar stories of their lives without the man of the house being home. By November 1860, Rebecca noted in her diary, “We are in the beginning of a revolu- tion.”

When the men and some young boys began to join with other citizens to form the Confederate regiments in the spring and summer of 1861, Rebecca wrote that her male cousins and nephews would have to fight. She wrote, “We now have to use every effort against our merciless enemy.”

When Grant and Sherman made their visit to Oxford in December 1862, the Civil War had finally settled in “our little postage stamp of native soil.” After the Battle of Shiloh, Oxford and the university would be the scene of many wounded men making their way in the early spring of 1862 to the “War Hospital” at the new state university.

The people of Oxford and the surrounding area took the wounded into the homes for a period time, while the women of the home nursed their wounds and bodies back to health. Alexander and Rebecca’s niece, Ella, wrote to a family member that she remembered the time, “My father opened his country home to them. And when they recovered and returned to their commands or were sent home on furlough, he took others in their places.”

Rebecca had remained at her home on Woodson Ridge up until early November 1862. Word came on Nov. 8 that the Yankees had crossed the Tallahatchie River at Abbeville and Wayatt’s Crossing and were making their way to Oxford and College Hill. Rebecca wrote in her diary, “I just realized how nearly we are upon the evening of invasion. The enemy are at Holly Springs, and are expected to advance upon us with a large force.”

When Grant passed by Lamar’s Solitude and the Pegues Plantation home, he had both dwellings set afire. Rebecca and her children made it to her brother Thomas’ home on North Street. There they would remain until the burning of Oxford in 1864 and the end of the war a few months later. Oxford’s Town Square was a burnt skeleton and the town and county were a devastated wasteland.

Rebecca, who was still writing in her diary, wrote, “We are a subjugated people,” and “humiliated to the dust.”

If you are interested in reading Rebecca Pegues’ diary, go by Special Collections for a look at the diary or get a copy of Don Doyle’s “Faulkner’s County: The Historical Roots of Yoknapatawpha” or Stephen Enzweiler’s “Oxford in the Civil War” and you can read more of Rebecca’s thoughts before, during and after the Civil War.