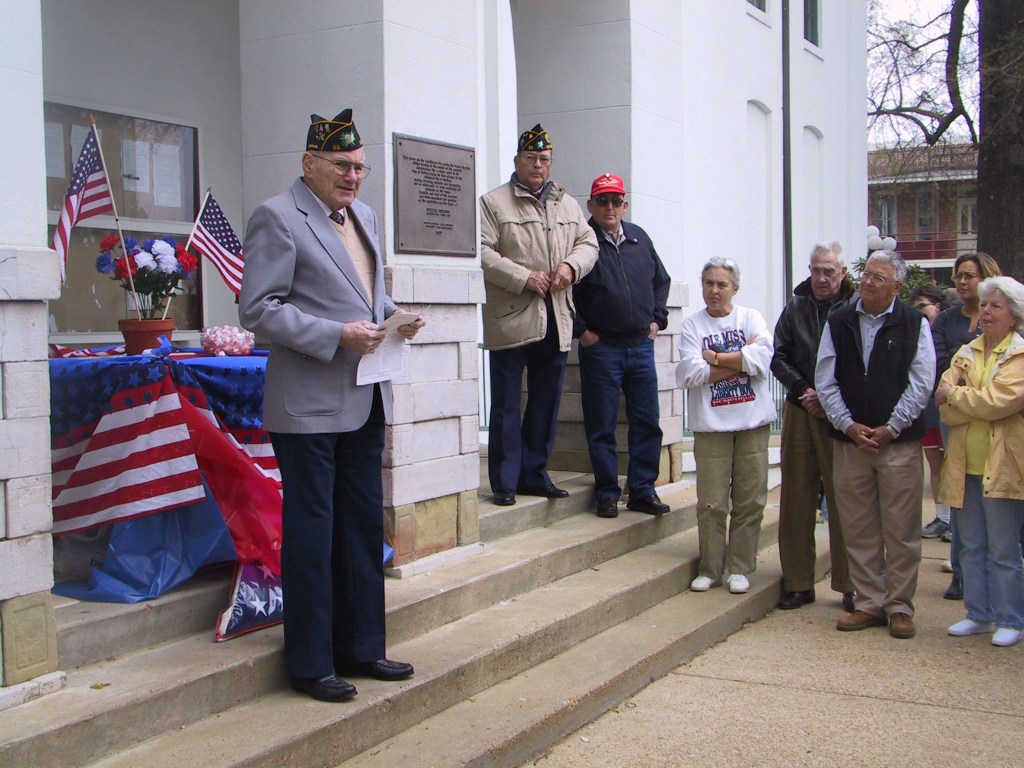 Residents rallied to support the troops on the Square in Oxford on March 31, 2003. The show of support was in contrast to protests nationwide.

Residents joined together this week in history to support troops, industry and tourism, while MDOT workers joined together to create new bridges and young minds worked as one to bring home a chess tournament trophy. See these excerpts from yesterday’s papers of 2013, 2003, 1996, 1992 and 1983.

It will take awhile, but the Mississippi Department of Transportation is gearing up to start replacing all the wooden bridges along Highway 328 that leads into Taylor off of Highway 7.

MDOT District Engineer Mitch Turner said the project could take two to three years to finish. He said they are large, 20- to 30-foot wooden bridges that will be replaced with concrete and widened.

MDOT already acquired land and is now in a wait-and-see mode while the project goes out for bid.

About 65 people gathered on the Square to show support for American troops in the Middle East.

Anti-war protests are currently ongoing throughout the nation and Oxford residents decided it was time to show support.

“I was tired of people protesting the war, and I felt like this would be a great way to bring the community together and encourage patriotism,” said Oxford High School senior Lauren Watts, who organized the gathering.

Fourteen fourth-graders who are members of the school’s chess club, recently finished sixth in the Memphis City School’s championship.

It took two years, but hard work paid off and there is now a first series of organized bus tours in Oxford.

Oxford Tourism Council director Pamela Massey said Delta Queen, which gives riverboat tours on the Mississippi River, was convinced to do a day tour to Oxford after docking in Memphis.

Massey said everyone involved is hoping the first round goes well so Oxford can be considered for an overnight venture.=

The Oxford-Lafayette Industrial Foundation and the Mississippi Department of Economic Development announced that April will be observed as “Salute to Industry Month” in Oxford and Lafayette County.

B.O. Elliott Jr, chairman of the Industrial Foundation, said the observance follows Gov. William Winter’s proclamation that urges all Mississippians to join in a salute and thank industry for its contribution to the state’s economy.