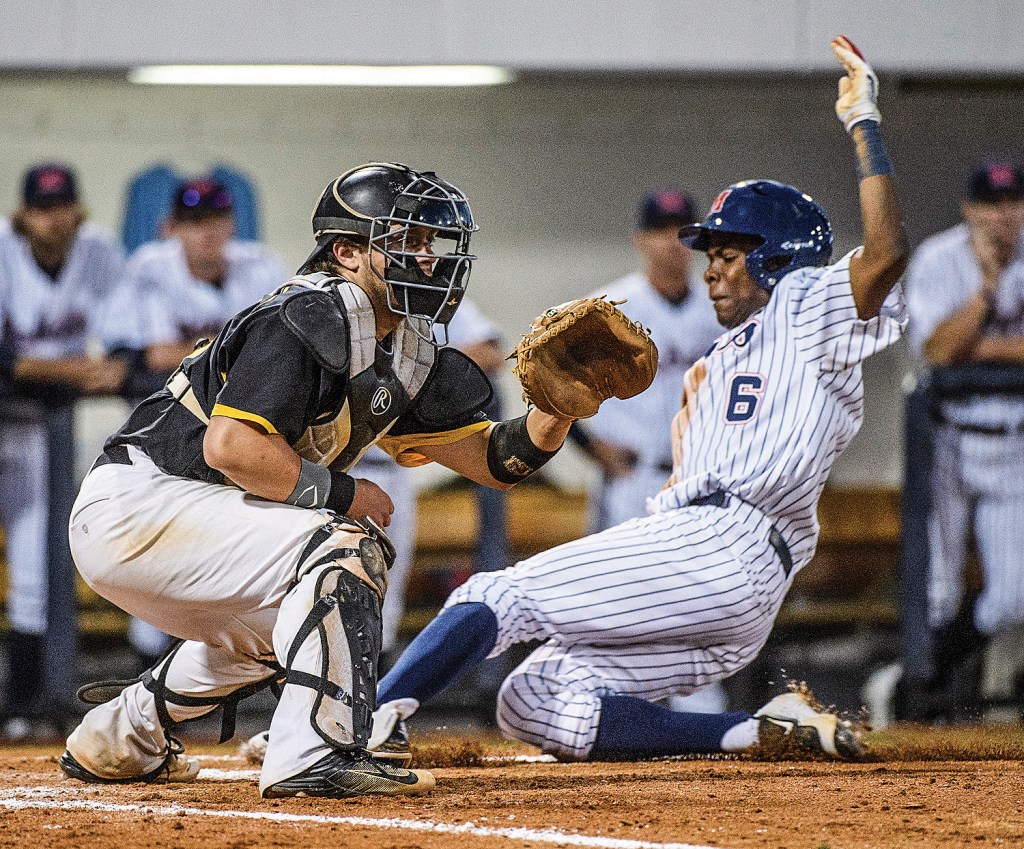 Midweek games have been kind to Ole Miss this year and Wednesday night was no different. The No. 7 Rebels defeated Arkansas-Pine Bluff 12-1 at Oxford-University Stadium in their final midweek game at home of the season.

The victory improved Ole Miss (34-12) to 11-2 during midweek games and 22-3 in non-conference games. If the Rebels can win their May 17 game at Arkansas State, they will tie their best non-conference record during the Mike Bianco era.

In what has become a regular role for him in the later stages of the season, Chad Smith got the start for the Rebels and had one of his better outings of the season. The right-hander set a new career-record, striking out 11 batters in seven innings of one-run baseball. He gave up four hits and walked two batters.

Freshman Andrew Lowe came in to get the final six outs of the game in his seventh appearance of the year. The right-hander struck out three and did not issue a walk.

The offense continued from its series-winning weekend over LSU as the Rebels used 10 hits to score at least one run in five innings. The night got started with Ole Miss putting up a three-spot in the second inning. Left fielder Kyle Watson hit a sacrifice fly to score third baseman Colby Bortles followed by a bases clearing, two-RBI triple from shortstop Errol Robinson to score catcher Nick Fortes and designated hitter Henri Lartigue.

Ole Miss scored one run in the third, two in the fourth, two in the seventh and four runs in the eighth for the winning margin. Three of the runs in the eighth came off of a bases-clearing error by Golden Lion second baseman Aderly Perez that allowed first baseman Will Golsan, pinch hitter D.J. Miller and Fortes all to score.

Robinson and right fielder Ryan Olenek with 2-for-5 at the plate and combined for five RBIs with Robinson recording two and Olenek three, respectively. Reigning SEC Player of the Week J.B. Woodman went 1-for-5 and recorded one RBI. Bortles was 0-for-1 but had two free passes issued by the Pine Bluff pitching staff and was hit once.

Arkansas-Pine Bluff (17-22) got on the board in the top of the seventh when centerfielder Jaqueese Moore grounded out to Robinson to allow right fielder Dontrell Brown to score. It was an unearned run for Smith as Brown reached on a throwing error by Bortles.

The Rebels return to Souteastern Conference play this weekend with a trip to Athens, Georgia, to take on the Bulldogs for a three-game series starting Friday at 6 p.m. (SEC Network+).