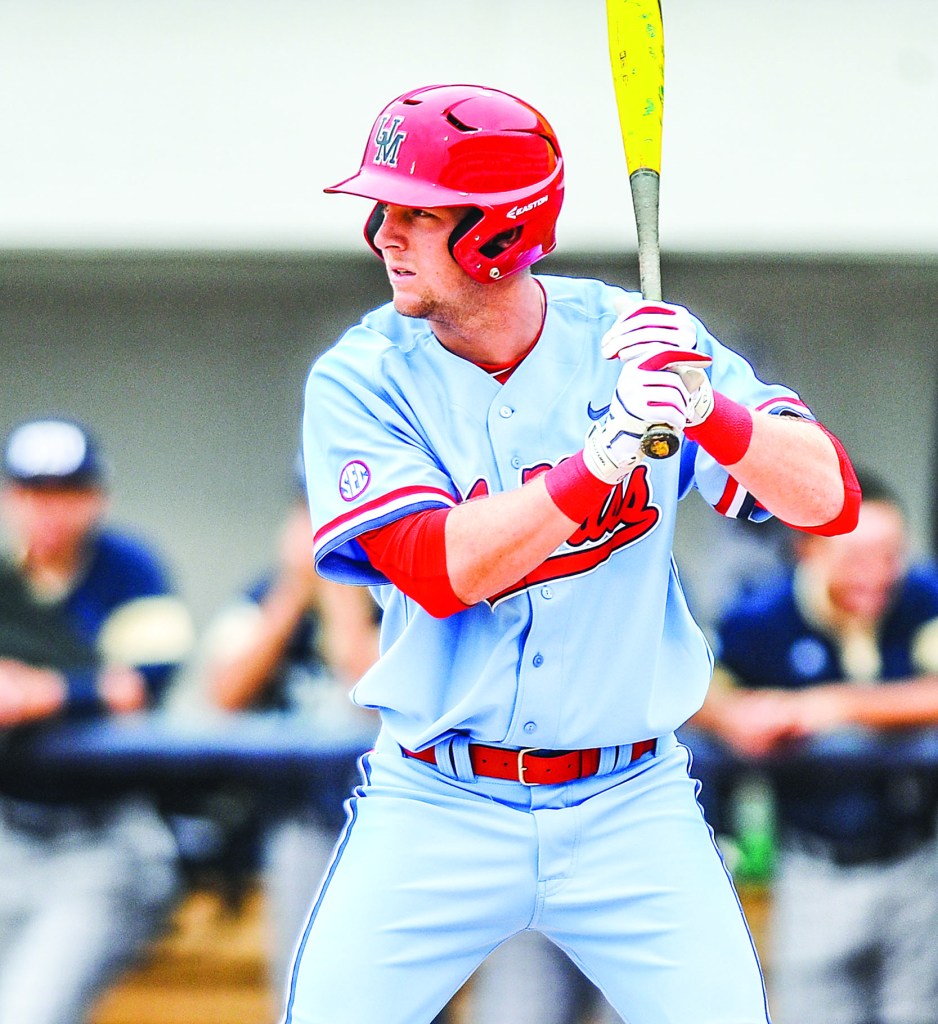 There are many factors involved with the Ole Miss baseball team’s success this season, but one contribution has stood out among the rest.

Center fielder J.B. Woodman is having a career season for the No. 6 Rebels and is proving to be a force at the plate as well as a defensive presence in the field.

The junior has improved his batting average by 52 points from last season, hitting at a .325 clip with a team-best 47 runs batted in and 12 home runs, which is also tied for the Southeastern Conference lead with Kentucky’s JaVon Shelby.

Woodman and Shelby matched each other last weekend, trading home runs as the Rebels swept Kentucky.

Coming into the season, Woodman admitted he may have put too much pressure on himself to try and do as much as he could possibly do to help his teammates out. Even though he is not one of the four Rebel seniors on the roster, he put a similar burden on his shoulders.

“It just kind of gets in your head and you try to do too much,” Woodman said. “Instead you just have to be who you are.”

Once Woodman just became himself again, everything began to click. In SEC play, he is hitting .340 at the plate, which is good for second on the team behind catcher Henri Lartigue’s .390 average.

Defensively, Woodman has established himself as a threat to any base runner who wants try his luck against his arm in a race to home plate. He has thrown out three opposing base runners from center field, including two times against LSU.

Woodman’s accuracy at the plate has helped Lartigue when he is having to worry about a runner barreling down on him from third base while also awaiting a throw from Woodman.

“It definitely makes it easier,” Lartigue said. “You can just stay around home plate and just make sure you have the ball and you can get the guy out.”

All the attention Woodman has brought himself with his play on the field is starting to turn to conversations of season awards and accolades.

On Monday, Woodman was named a finalist for the C Spire Ferriss Trophy, honoring the state’s top collegiate baseball player. He is one of five finalists that will attend the awards luncheon Monday at the Cleveland Country Club in Cleveland.

“I think it’s just about winning games, and good things happen when you win,” Woodman said of his honor. “People notice the team and everything like that.”