Hudgins get special honor in ceremony 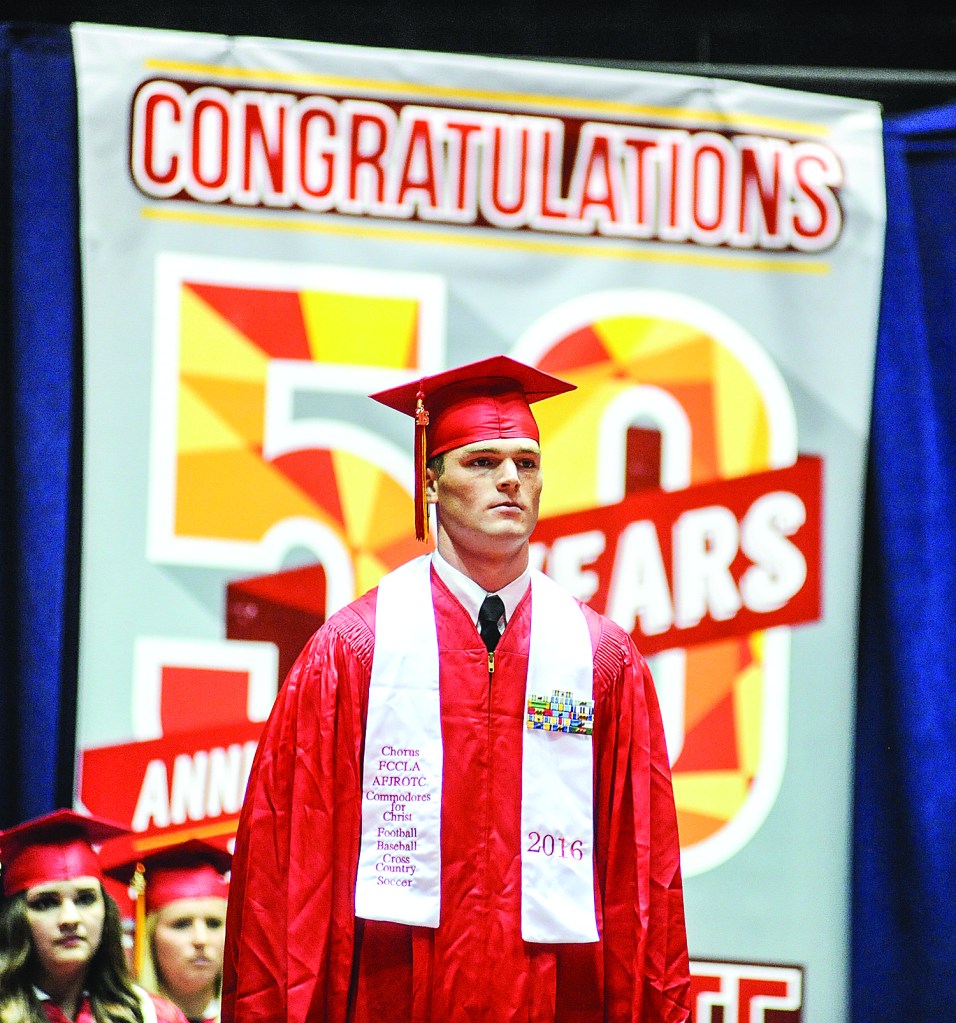 Air Force JROTC Cadet Brelynn Hudgins is presented the Medal of Valor by Maj. Harvey Rice for a life-saving effort during the Lafayette High graduation ceremony at the C.M. “Tad” Smith Coliseum in Oxford on Friday.

“He discovered a vehicle with smoke billowing from underneath the front and rear of the vehicle. Upon investigation, Hudgins observed an unconscious victim with severe bleeding.

“Sensing there was little time to react due to the smoke and sparks flying from the still-running vehicle, Hudgins pulled the man from the vehicle and returned to check for other victims.

“Hudgins rendered first aid to the victim by treating the wound and for shock until first responders arrived on the scene.

“His actions embody the Air Force core value of ‘service before self,’ and reflect great credit upon himself, Lafayette High School and Air Force Junior ROTC.”

Brelynn Hudgins was awarded the Air Force JROTC Silver Valor for his bravery. Hudgins took the stage and accepted the award given by Rice.

“The Air Force Junior ROTC Silver Valor Award is awarded to a cadet for a voluntary act of heroism,” said Rice. “This is the second highest award given nationwide and is very seldom given.”