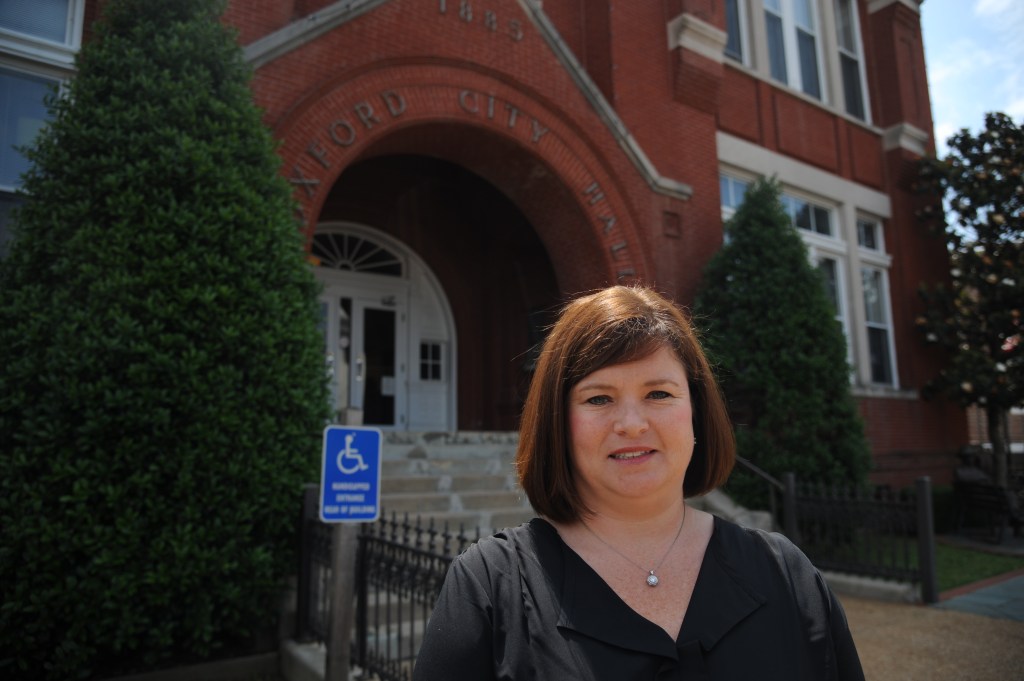 The award was established in memory of Chrestman, who worked for the city of Oxford for 30 years as secretary, deputy city clerk and from 1974 until 2003, served as city clerk, working under former mayors John Leslie, Patricia C. Lamar and Richard Howorth, and current Mayor George “Pat” Patterson.

Carwile has been with OED for 19 years. She said she remembers working with Chrestman for several years when the electric department was located inside City Hall.

“She was so sweet,” Carwile said. “I am just so honored by this. I loved working with her. She was a good role model.”

Rob Neely, OED superintendent, presented Carwile with the award and praised her for also being a good role model in her department.

“Chasity is a team player,” Neely said. “She is not one to ever say, ‘That’s not in my job description.’ She helps everyone whenever she can. She is someone who makes her fellow employees better.”

For being selected by the award committee, Carwile received $1,000 and was treated to lunch at McEwen’s with her family on Friday.

“We encourage everyone here to go back to their department and spread the word and start thinking about nominations for next year,” he said. “We appreciate the city for keeping this going.”

A plaque with the names of all Outstanding Employee Award recipients is located in City Hall.