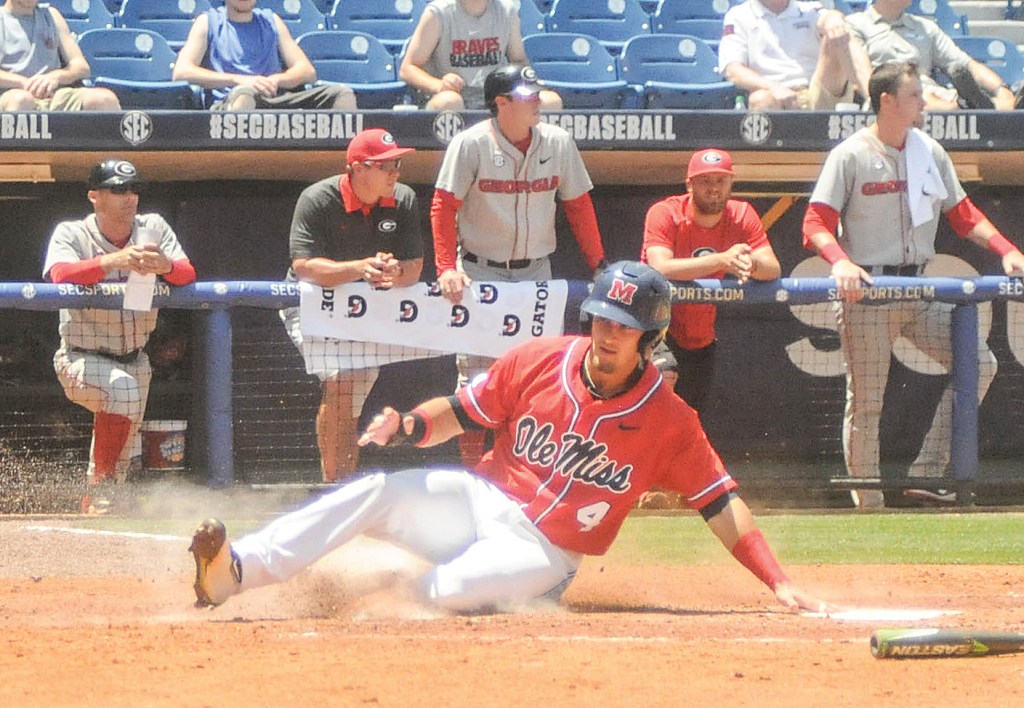 The prize for moving on to the double-elimination portion of the tournament is a date with No. 2 seed South Carolina at 1 p.m. Wednesday. The Gamecocks, who won the SEC East title, swept Ole Miss (41-16) during their regular-season encounter in Oxford last month. David Parkinson will get the start against South Carolina.

Holder, who worked seven innings and allowing only one run in the Bulldogs’ win over Ole Miss on May 8, lasted only 3 2/3 innings on Tuesday, giving up four runs on four hits.

Woodman, the recently named All-SEC center fielder, hit a two-run triple, scoring Tate Blackman and Will Golsan. Bortles followed with a two-run double to score Woodman and catcher Henri Lartigue. Woodman provided more offense in the fifth with an RBI double to plate Golsan for the winning margin.

With a 60-pitch limit set on him Tuesday, Ole Miss’ Brady Bramlett only needed 57 and worked four innings of three-hit baseball and gave up only one run. Georgia’s lone run was a solo home run by center fielder Stephen Wrenn in the first inning. Georgia (27-30) had a chance for more in the opening frame with two runners in scoring position, but first baseman Trevor Kieboom lined out to Woodman to end the threat.

COOKIN’ AT HOME: Rebels’ Lartigue excelling at — and…