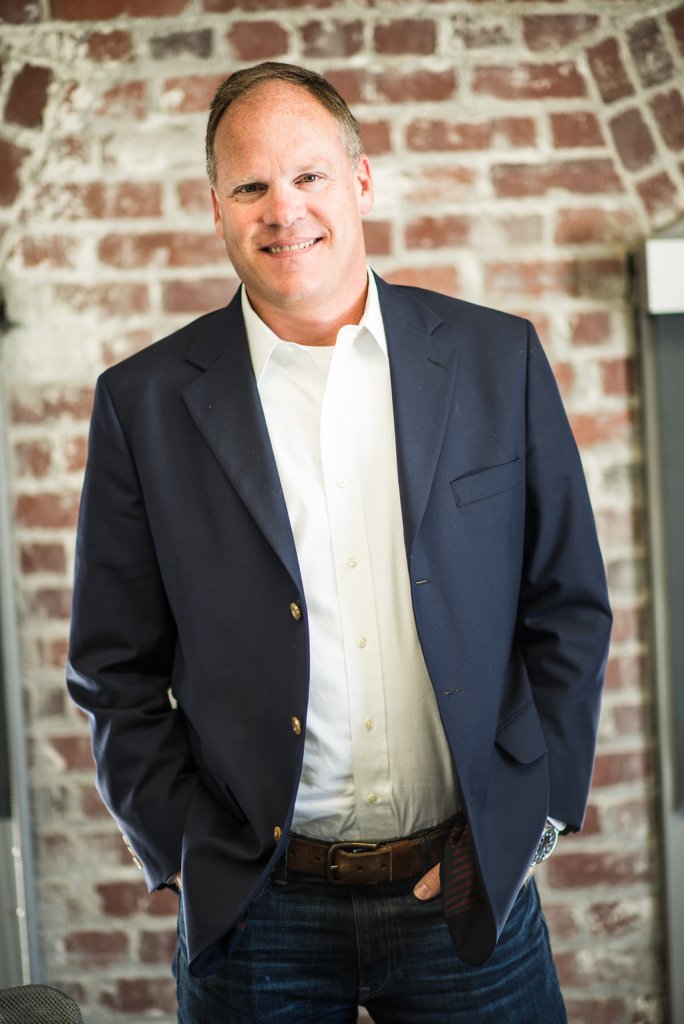 Longtime Oxford resident and native David Magee is returning home to become president of Oxford Newsmedia, LLC and publisher of The Oxford EAGLE. He met staff members in Oxford Wednesday and expects to begin work full time by June 27.

Magee, 50, is a former city council member and business owner in Oxford, who got his journalism start at The EAGLE while a student at Ole Miss. He is currently a vice president at Alabama Media Group and publisher of Birmingham magazine. Alabama Media Group owns websites and newspapers including AL.com, The Birmingham News, The Mobile Press-Register, and the Huntsville Times, and Magee’s role as senior director of news there helped AL.com become one of the largest local news sites in the United States.

“The opportunity to come home and build upon The EAGLE’s legacy with was the time at the right place,” Magee said. “The city’s growth and change means that the newspaper’s role is more important now than ever before. I look forward to being an active partner in making Oxford and its newspaper the best they can be, and getting back closer to Ole Miss.”

Magee and his wife, Kent Magee, both Ole Miss graduates, will be relocating back to Oxford in the coming weeks.

“We lived in Oxford a very long time and its residents are more than friends,” Magee said. “They are family. We left more than a decade ago because experiencing the world beyond Oxford, where I had lived for 35 years, seemed important. Now, coming home is the only thing that makes sense. It is the right time and the right place.”

Before joining Alabama Media Group Magee was managing editor of The International Business Times in New York, cited by comScore during his tenure as one of the fastest growing news sites in the U.S. He wrote a dozen books, beginning in 2003, including “The Education of Mr. Mayfield” (Blair), a true story about M.B. Mayfield who was taught secretly in the broom closet at Ole Miss.

Magee’s other books include “How Toyota Became #1” (Penguin), named a top 10 business book of the year in 2008 by the American Library Association, and “Jeff Immelt and the New GE Way” (McGraw-Hill). He also hosted a current events national television show on the American Life Network – The David Magee Show – and was a regular guest on CNBC and Fox Business.

“David is the right leader for The EAGLE and we could not be more pleased he is joining us,” said Todd Carpenter, CEO of BNI and Carpenter Newsmedia, LLC which own and manage The EAGLE. “He is an excellent publisher who is well prepared to lead the newspaper as we seek to make it the best it can be for our readers and community. We welcome David and Kent to our newspaper family.”

Magee was hired at The EAGLE as a sports writer while a student at Ole Miss by Don Whitten, the longtime sports editor and editor of the newspaper who retired last year. Magee later served as news editor of The EAGLE from 1990-1993.

“Don Whitten was waiting at the hospital when my first child was born,” Magee said. “The EAGLE was always a family newspaper in the truest sense, and I hope to keep that legacy alive.”

The Magee’s have three children, including the late William Magee (who graduated from Ole Miss), Hudson Magee (married and living in Bozeman, Montana) and Mary Halley Magee (a nursing student at Samford University). Each attended elementary schools in Oxford.

“People tell me all the time how much Oxford has changed,” Magee said. “In some ways that’s true. But (Oxford Mayor) Pat Patterson was my first youth baseball coach. (Ole Miss journalism dean) Will Norton was my mentor in college. My children and I were taught by some of the same teachers, many still active in the community. The list could go on into the thousands, literally, since Oxford remains a core of good, bright people who want to make a difference in the community and do.

“It will be an honor to be home, working and living alongside them once again,” Magee said.