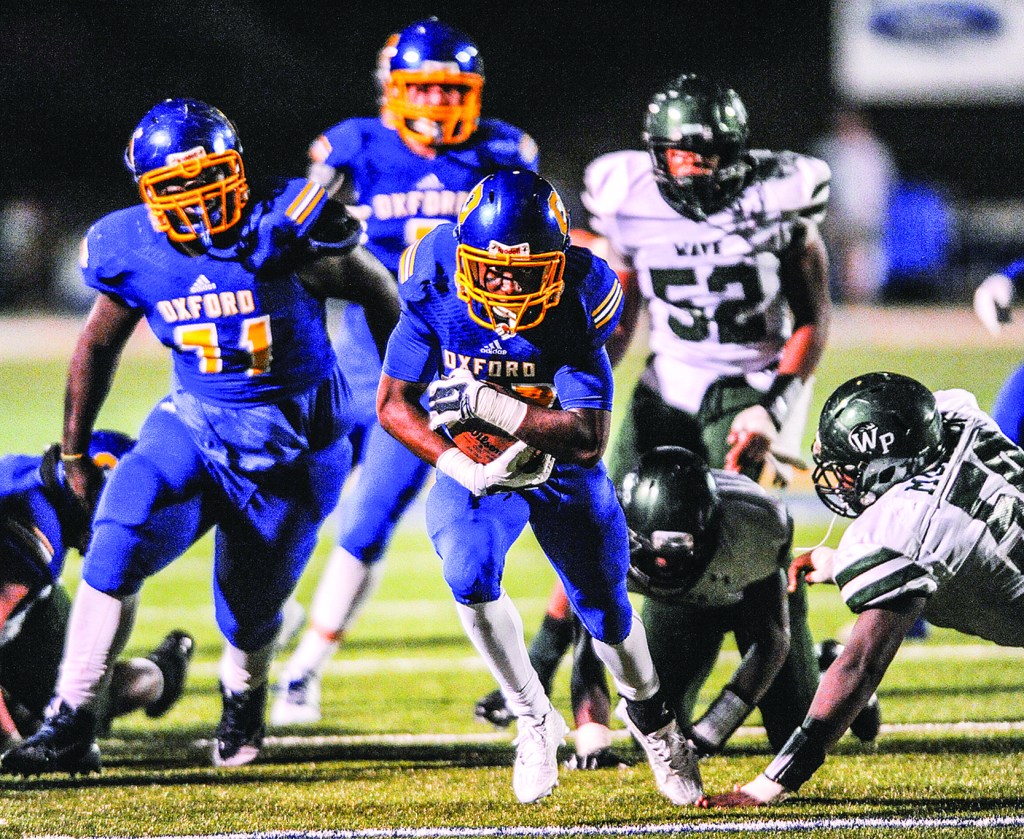 Devin Rockette received a scholarship offer to play football at Ole Miss last Wednesday. It took him less than 10 days to decide that is where he wanted to go.

The Oxford High cornerback verbally committed to play for the Rebels and will be a part of the 2017 signing class.

The rising senior attributed what almost every recruit Ole Miss coach Hugh Freeze and his staff has been able to land has attributed as the key reason for selecting the Rebels.

“They treat each other like a family,” Rockette said of the football program. “Coaches treat you like family. They help you.”

Ole Miss was the only hard offer Rockette had received during his recruiting process, but he did attend a camp at Mississippi State over the weekend in Starkville. At the time of Rockette’s commitment to the Rebels, Mississippi State had not officially offered him.

During his junior year, Rockette had a total of 53 tackes with 21 of them solo in 12 games played. He also had one interception for a total of 18 yards, one fumble recovery for 21 and also blocked a field goal. The 5-foot-11, 165-pound Rockette does not have a composite ranking on 247Sports.com. Rivals.com rates him as a three-star prospect.

With the commitment already taken care of at the beginning of the summer, Rockette has one less priority when attending camps and entering his final high school season with the Chargers. He still plans to attend the Southern Elite scouting combine in Oxford later this month.

“Now I don’t have to really worry about going to anymore camps. I don’t have that much on my shoulders,” Rockette said. “I’m going to kind of work on myself. I’m going to the Southern Elite camp and I might go to some others.”

Should Rockette eventually sign with Ole Miss, he would be the third Charger in the last two years to go to Ole Miss with 2016 recruit D.K. Metcalf signing with the Rebels and Korbin Harmon taking a walk-on spot for this fall.