Deaths could be result of ongoing feud among neighbors 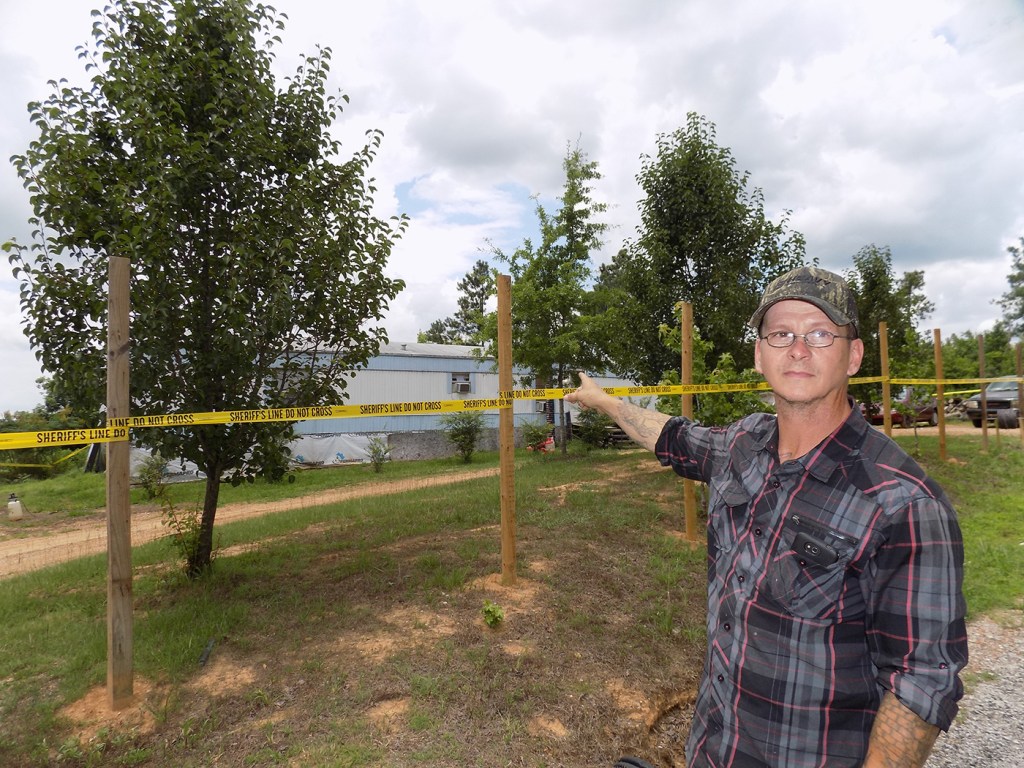 Bill Smith talks outside the residence at 8 County Road 3011 Melisa Smith, 45, and Jose Benitez were killed, in the Pine Flat community near Oxford, Miss. on Monday, June 20, 2016.

Two Pine Flat community residents were killed Saturday morning in what could have been the result of an ongoing feud between the two County Road 3011 residents, according to family members.

On Monday, the Lafayette County Sheriff’s Department released a statement saying that Melisa Smith, 45, and Jose Benitez, 26, were both killed inside of Smith’s home in the Pine Flat community and that the case was under investigation.

According to family members, Smith’s husband, Clinton “Michael” Smith, was taken into custody and later released. No arrests have been made as of this morning.

Chief Investigator Alan Wilburn said Monday further details would be released after the autopsies of Smith and Benitez are complete.

Billy Smith, Michael Smith’s brother, said the two families had been at odds for months, mostly over a pit bull that lived with Benitez.

“He was always getting out and going after people,” Smith said. “Michael was building a fence to keep the dog out.”

According to Wilburn, there have been several complaints made to the sheriff’s department regarding a loose pit bull that lived on the same property as Benitez.

The two families argued over other things as well, Billy Smith said, and those arguments reportedly came to a head Saturday at 12:30 a.m. when Benitez stormed into the Smith’s home in the middle of night.

“(Melisa) tried to fight him off with a knife but he wrestled it out of her hand,” Smith said.

Smith claims his brother heard the struggle and came out to find Benitez stabbing his wife and shot him with his 7-mag bolt-action rifle.

Smith said two other people were outside of the house and he questions why they haven’t been arrested.

“They should be charged with an accessory to a crime,” he said.

The sheriff’s department would only comment that no arrests had been made; however, the case will go before a grand jury, which will decide whether charges should be filed against those involved.

Smith’s brother said Michael was doing “OK,” and being cared for by family meet

Melisa Smith had one son from a previous relationship and a grandchild. She worked full time at the University Inn on Frontage Road for the last eight years.

General Manager Rocky Patel said Smith was a hard worker and a friend to everyone at the hotel. Her picture sat on the front desk Monday morning.

“She was like family to us,” Patel said. “It’s been really hard on us. She was truly a great person. We are all deeply saddened.”

Patel said he knew something was wrong when Smith didn’t show up for work Saturday.

Benitez’s family could not be reached for comment Monday.