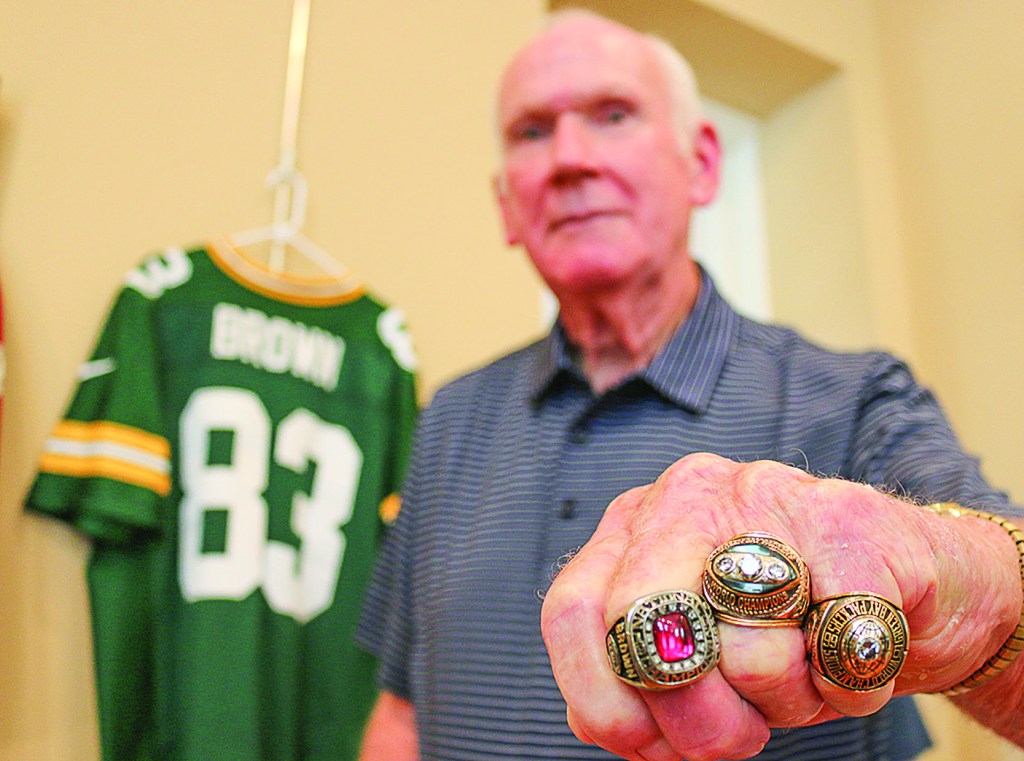 By Taylor Denman
The Natchez Democrat

Allen Brown moved to Natchez at 5 years old from Homochitto, a town in which Brown said you farmed, Öshed or played sports.

Brown carried that athletic mindset with him to Natchez at a young age, and the former Natchez High School football star was destined to witness many significant moments in sports history.

“Playing football was my life,” Brown said. “I really enjoyed it.”

One of Brown’s first stops on his storied football career was at Ole Miss in 1961. Brown played on both sides of the ball — tight end and linebacker — but Brown said he preferred linebacker because of the thrill of hitting an opposing player. Ole Miss went 9-2 that season, winning its first six games of the season.

In 1962, set against the backdrop of the civil rights movement, Brown and the Rebels went 10-0, won the Sugar Bowl and were recognized as national champions. That same year, James Meredith became the first black student to enroll at the University of Mississippi.

“We couldn’t play all of our home games because of the riots on the campus,” Brown said.

Brown was Ole Miss’ third-leading receiver in the 1962 season, with 134 yards on 11 receptions and one touchdown.

Brown and the Rebels returned to the Sugar Bowl the next two years, beating Arkansas 17-13, then losing to Alabama 12-7.

“They never crossed our 30-yard line and beat us with four field goals,” Brown said. “We had the ball down there a few times, but couldn’t get the ball across the goal line.

“My senior year in the Blue Bonnet Bowl, we played the University of Tulsa. That was the first time we had played a team with a black player on the team.”

Brown was drafted by the San Diego Chargers, an AFL team, and the Green Bay Packers, an NFL team, in 1965. Brown said the Chargers offered him a salary of $20,000 per year. Green Bay, meanwhile, offered a salary of $15,000 per year.

Brown said he relayed San Diego’s offer to Green Bay coach Vince Lombardi, and Lombardi’s answer was, “See if they ever give it to you.”

“Lombardi would cuss us out during the day, and then he would pat you on the back at night and tell you what a great job you did,” Brown said.

Back to back
Brown’s first season with Green Bay was in 1965, and the Packers won the final National Football League Championship against the Cleveland Browns, 23-12.

The following season, Brown won the first-ever Super Bowl with the Packers against the Kansas City Chiefs.

Green Bay returned to Super Bowl II, but Brown’s career had already ended on a freak play against the Pittsburgh Steelers. Brown was hit in the back, and the impact ruptured his spleen, kidneys and broke several ribs. Brown spent 35 days recovering in the hospital, and by the time he was healthy enough to play, he said he had lost too much weight.

“I watched the Super Bowl on TV,” Brown said. “They wanted me to come back and play tight end, but by that time I was down to 160 pounds … all in all, I thought I had a pretty good career.”
Brown had saved enough money to move back to Natchez.

“We’ve been around for quite a few years and enjoyed every minute of it,” Brown said.