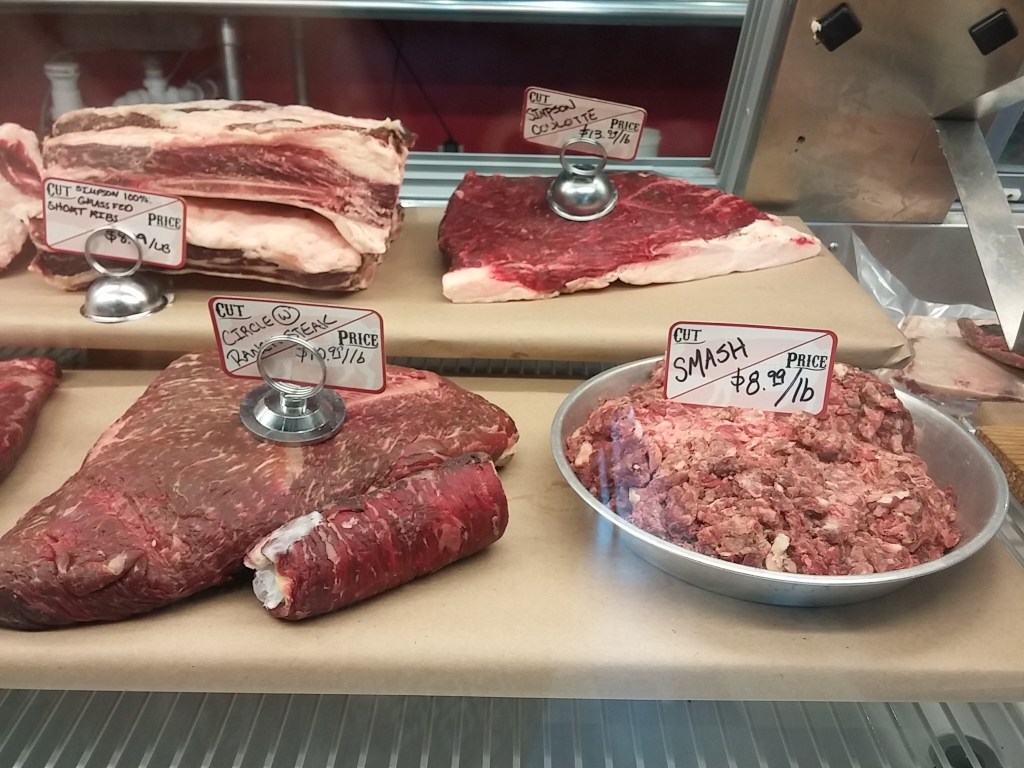 The Fourth of July almost universally conjures up images of festivities, fireworks and food.

For many, celebrating the independence of our nation just isn’t complete without the proper edible accompaniments, and at the center of the annual feast, for the carnivores out there at least, typically lies a delicious cut of meat or two.

One of the most important aspects of preparing for your Independence Day cookout can actually be traced back simply to the selection process, and one local business in particular is hoping to change the way that Oxonians and others around the area approach this task.

Although it has been pumping out fresh, locally sourced products for several years out of its original location in Tupelo, Neon Pig opened its new location in Oxford last year and is continuing to promote its farm-to-table ethics across the area, something to consider when making that purchase for your Fourth of July festivities.

Neon Pig operates in equal capacities as a full-fledged butcher shop, a source for fresh local produce, as well as a sit-down restaurant from its location on North Lamar Boulevard. The business gets all of its meats from local farms and breaks them down in-house for customers.

“There’s only a handful of butcher

shops like mine in the country. We’re the only people in Mississippi really even doing it like this,” said Mitch McCamey, owner of Neon Pig.

McCamey points to the business’s unwavering commitment to local relationships and personal connections to their products as one of the major keys in setting Neon Pig apart.

McCamey said that because Neon Pig develops these personal relationships with local and regional farms and knows exactly where products are coming from, customers should never have to worry that what they’re buying is of the best, freshest quality.

McCamey views businesses like his as indicative of the cyclical nature of food consumption, as more and more people seem to be moving away from mass-produced, processed food in favor of locally-sourced, fresh products.

“People are making a conscious effort to get back locally,” he said. “It’s more than just about food, it’s about bringing communities together.”

McCamey encourages customers to broaden their horizons in terms of meat selections, offering several recommendations of cuts that are beneficial to occasions like Independence Day celebrations.

“I mean, I like all the different cuts. Ribeyes, filets, New York strips are all amazing, but there’s one called the tri-tip that’s really popular in California — sometimes it’s called a California cut. It’s really similar to sirloin, and it’s shaped like a boomerang. You can grill it about eight minutes on each side and feed around five people.”

McCamey also mentioned cuts such as flat-iron steak and the butcher’s steak, also called the hanger steak, which is derived from the diaphragm and is considered by many butchers to be the best muscle in the entire cow.

McCamey said that opening up your options and trying these different, perhaps lesser-known cuts of steak can be a great way to find more affordable, sometimes easier options to feeding your group, while still grilling a quality piece of meat.