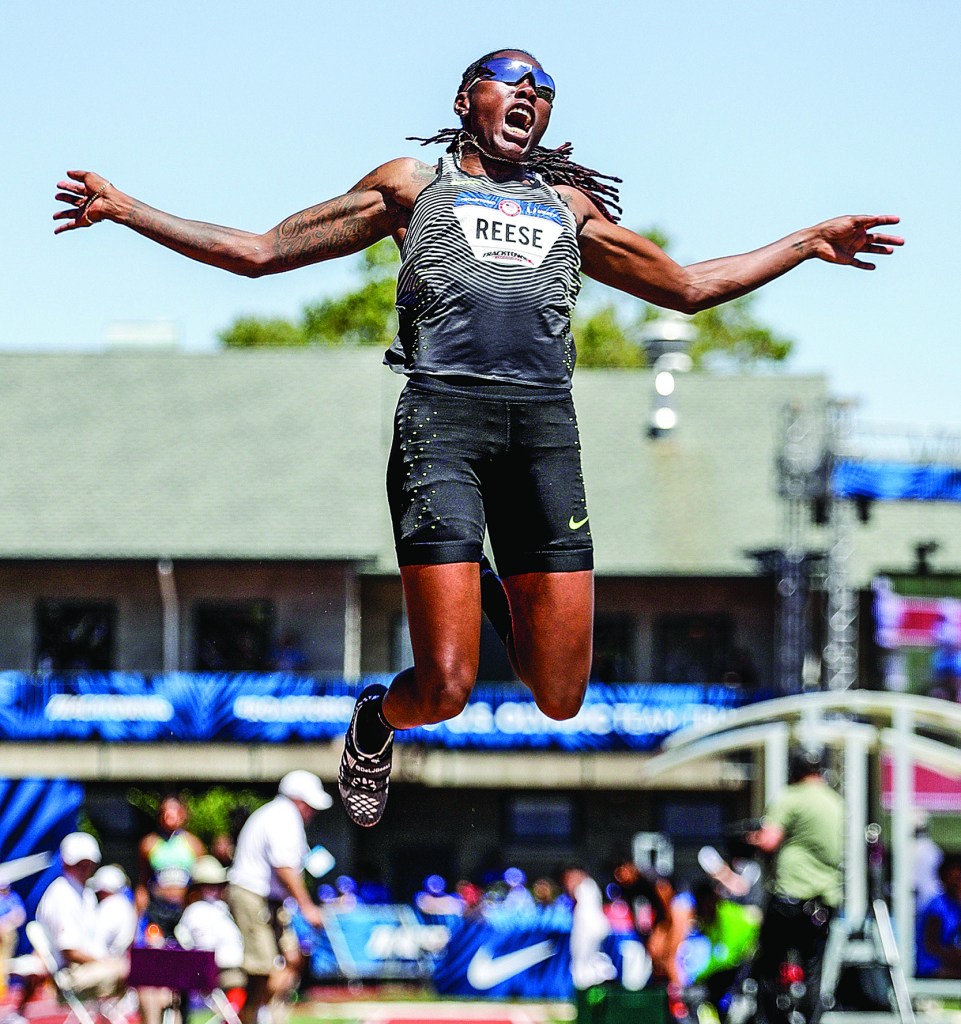 Brittney Reese competes during the women’s long jump final at the U.S. Olympic Track and Field Trials on Saturday in Eugene, Ore. The former Ole Miss standout clinched her third trip to the Olympics after winning the event with a personal-best jump of 23 feet, 11 3/4 inches. (Charlie Riedel/AP)

“We will take as many precautions as possible, so it doesn’t affect her, but not going has never been discussed,” Pryor said.

“I feel she’s the one to beat in the long jump,” Reese said. “She’s my best competition. If I want to win another gold medal, I’ll have to beat Ivana.”

Reese finished fifth at the 2008 Beijing Games, but won a Gold Medal at the 2012 London Games.