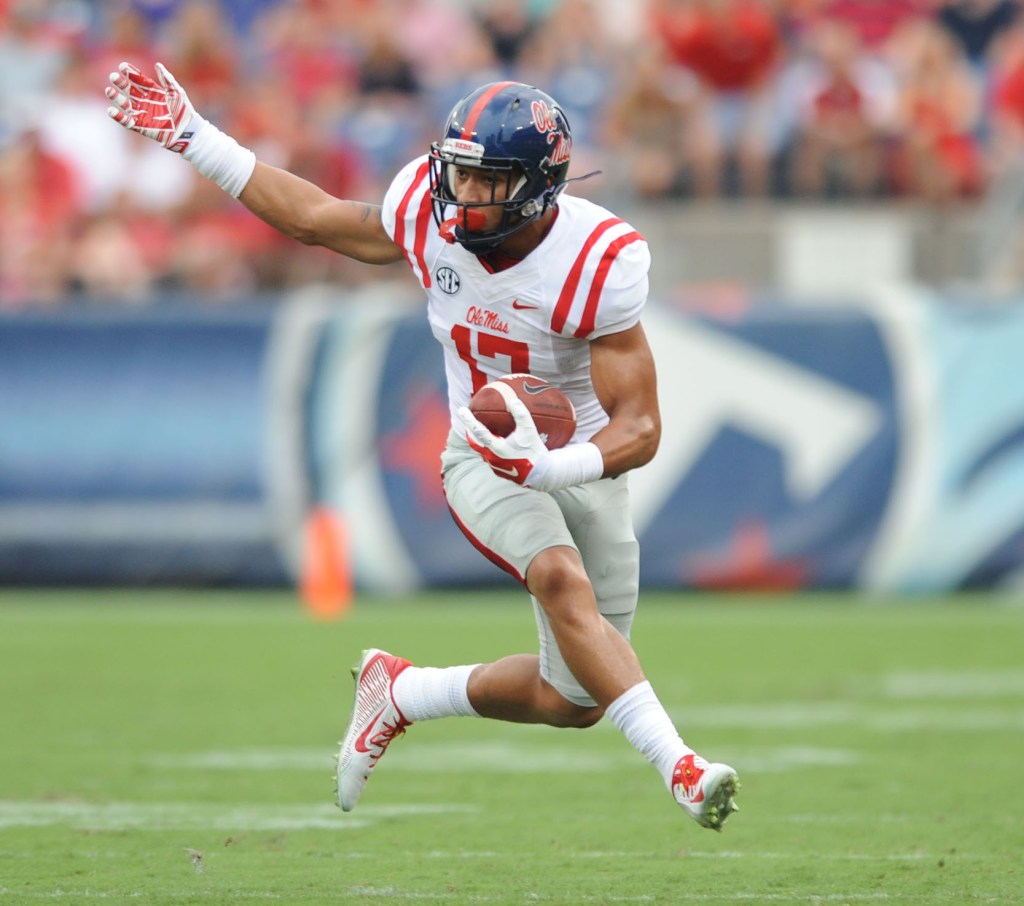 Evan Engram is one the top targets returning on the Rebels’ offense. Engram is already one of the best tight ends to play at Ole Miss. (Bruce Newman)

NEW YORK, N.Y. – For the third consecutive season, Ole Miss tight end Evan Engram was named to the preseason watch list for the John Mackey Award, which is given annually to the most outstanding collegiate tight end. The Friends of John Mackey named Engram and 44 other tight ends to the watch list Wednesday morning (July 6).

Heading into his final season as a Rebel, Engram has already etched his name in the Ole Miss Football record book. The Powder Springs, Georgia, native is the program’s all-time leader in receptions (97) and receiving yards (1,394) by a tight end, while ranking fifth among Ole Miss tight ends with seven career touchdown catches. Engram has played in 34 games throughout his first three seasons, including all 26 of the team’s games over the past two years.

Last season, Engram greatly improved his block skills while remaining a major threat in the Ole Miss passing game. The tight end caught 38 passes, tying for second on the team, for 464 yards and a pair of touchdowns. One of four team captains, he helped lead the Rebels to a 10-win season that ended as the 2016 Allstate Sugar Bowl Champions. Along the way, Engram and the Ole Miss offense shattered multiple single-season school records, including total yards, points and touchdowns.

NFL Hall of Fame member John Mackey is considered to be the best to have played the tight end position.  A tight end by whom all others are measured, Mackey was a role model on and off the field as demonstrated by his Super Bowl Championship, his commitment to community and his place in history as the first President of the NFLPA.

The John Mackey Awards is a member of the National College Football Awards Association (NCFAA) which encompasses the most prestigious awards in college football. The 22 awards boast over 722 years of tradition-selection excellence. Visit www.NCFAA.org to learn more.