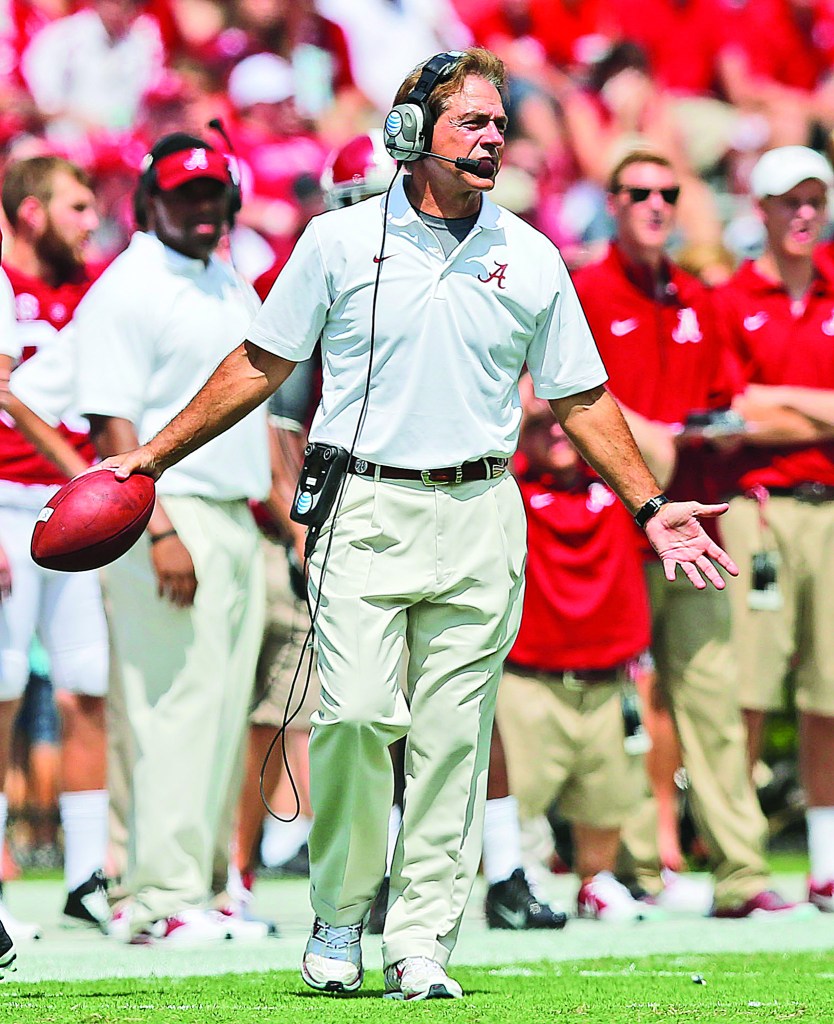 After proving many doubters wrong a season ago and winning the National Championship, Alabama is right back where they were a year ago with championship expectations and questions to answer. (Bruce Newman)

It’s certainly always on the to-do list these days for the Crimson Tide and an insatiable fan base, no matter how many stars have gone to the NFL or how much uncertainty revolves around the quarterback position.

“Obviously every team in college going into the year wants to win a national championship,” Allen said. “That’s the goal. If you’re not trying to win it, I don’t know why you’re here. But you don’t focus on that. You’ve got to focus on what you’ve got to do to get there.”

If that ultimate goal is considered unachievable for most teams, even in July, it’s become the perceived dividing line at ‘Bama between a successful season and a disappointing one.

And Southeastern Conference media days is when coach Nick Saban takes the podium each July and notes that it’s hard to really tell before the season how a team will develop and gel. Plus, the quarterback competition could well carry over into the season for a third straight year.

“And even though we’re trying to work on creating those things with the personality of this team, we don’t know that for sure either.”

The Tide, which won a 45-40 shootout with Clemson in the national title game, couldn’t escape the offseason without off-the-field issues that could have potentially damaged those title hopes.

Left tackle Cam Robinson and reserve defensive back Hootie Jones were arrested on drug and weapon charges in Monroe, Louisiana, in May. The district attorney elected not to pursue the case, which included felony charges against Robinson involving possession of a stolen firearm.

Saban said both players have done community service speaking with youth and participated in police ride-alongs, and indicated that they can expect further punishment including missed playing time.

That’s an annual issue for a program that has produced 17 NFL first-round picks over the last seven years. During that span the Tide has won four national titles while going 62-7 over the last five seasons.

One difference this time is there isn’t an experienced tailback to replace Derrick Henry and Kenyan Drake in a suddenly thin backfield. Sophomores Bo Scarbrough and Damien Harris were both five-star recruits who had limited opportunities last season.

The Tide had the motivation going into 2015 of a playoff semifinal defeat to Ohio State, when the offense made mistakes and the defense was uncharacteristically pushed around.

Now, the incentive is to win back to back titles for the second time under Saban, who’s entering his 10th season at Alabama. Allen said he still sees a hungry team, and that Saban wouldn’t hesitate to bench a player who doesn’t come in with the right intensity level.