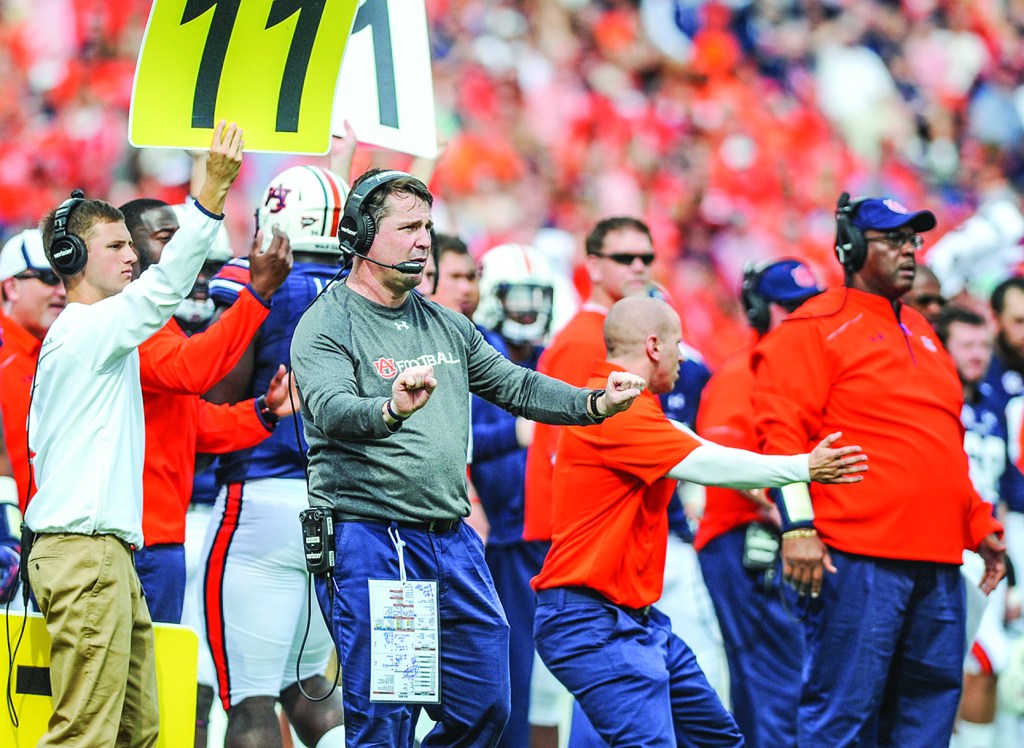 After a season with Auburn, Will Muschamp is starting fresh again at South Carolina (Bruce Newman)

HOOVER, Ala. — South Carolina coach Will Muschamp didn’t try to emulate the wisecracking Steve Spurrier at the microphone.

“There’s only one Steve Spurrier in life, and I’m not it,” Muschamp said.

He replaced Spurrier as the Gamecocks coach if not as the Southeastern Conference media days’ resident quip master, but Muschamp is hoping to build on what Spurrier started with the Gamecocks. And to do it quickly.

Spurrier proved over the past decade that South Carolina can compete for SEC titles and win the Eastern Division. Muschamp isn’t giving himself a time cushion to turn the program back around after a 3-9 season when Spurrier stepped down in October.

“There is no three-year plan, five-year plan,” Muschamp said Thursday at media days. “They plan to win now. Ok? That’s my mentality.

That will dictate his choice between Perry Orth and freshman Brandon McIlwain as the starting quarterback. Muschamp and the Gamecocks also must resurrect a defense that was last in the league in total, scoring and run defense.

Defense was never the issue for Muschamp during an up-and-down four years at Florida, where his teams struggled offensively. He spent last season as Auburn’s defensive coordinator after getting fired from his first head coaching job.

Now that Muschamp is getting another chance in the SEC East, he’s trying to avoid a repeat of those struggles in scoring points.

“Really, it comes back to offense … to make sure we’re practicing the right way, whether it’s staff, scheme, decision-making, whatever,” he said. “But that falls on my shoulders. So I’m taking full responsibility of that and making it better in this situation.”