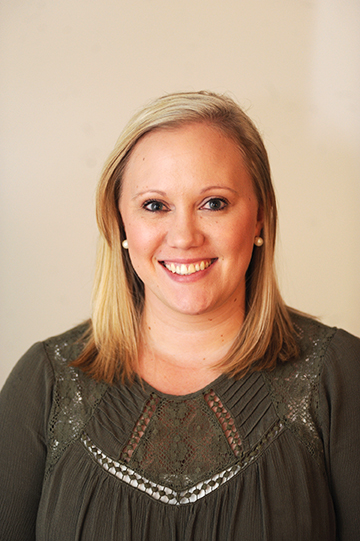 Kaitlin Wilkinson has understood the importance of serving her community and country most of her life. As the child of a U.S. Army veteran, she herself entered the military in 2011 as a U.S. Army Reserve Officer, where she continues to serve as a First Lieutenant.

Also in 2011, she started working for The Save-A-Life Pregnancy Test Center in Oxford where she learned how important volunteers were to nonprofit organizations. She worked there until April 2014 when she went to work for the city of Oxford in the Parking Division.

Wilkinson, 27, started a new journey Tuesday as the director of Volunteer Oxford.

“When I got out of college, I started working (at The Pregnancy Center) in marketing and outreach, and I really liked working with all of our volunteers,” she said Tuesday from her new office that she shares with the Retired Senior Volunteer Program on South 16th Street.

She applied for the director position after former director Sarah Ball resigned to take a job elsewhere.

“I knew the job would allow me to help Oxford and Lafayette County and I love being a part of the community and doing something to make it better,” she said.

Wilkinson was offered the job July 5 and the Oxford Park Commission approved her hire Tuesday during a specially-called meeting.

“We are very proud that Kaitlin is joining our team,” said OPC Director Seth Gaines.

“We believe she will do many great things in her new role. She brings knowledge of the nonprofit industry to her new position, and has already been working within the state network.”

Growing up in the military, Wilkinson and her family moved around often. She lived in 13 places during her childhood and went to 15 schools until she came to the University of Mississippi in 2007. Her grandparents are from Oxford and she is a fourth-generation Ole Miss graduate. She’s married to Al Wilkinson and the couple has two boys, Jace, 2 and Ridge, 5 months.

Volunteer Oxford, started in 2011, allows access to a variety of volunteer opportunities in the community by connecting volunteers with nonprofits needing help. Volunteers sign up on the Volunteer Oxford website as to when they’re available and what they’d like to do while volunteering, while nonprofits and community partners also register and explain what they need volunteers for and when. Volunteers receive weekly updates on volunteering opportunities. There are currently 615 volunteers and 115 nonprofit organizations signed up on the website.

Wilkinson said her first major project as director will be to organize National Day of Service on Sept. 11. Service projects will be held for one week leading up to 9/11 where a ceremony will be held to honor first responders. There will be artwork created by local children presented to each fire and police department in the LOU community, a Touch-a-Truck event and a service fair where nonprofits will set up booths to provide information on what services their organizations offer and volunteer opportunities.

“I’m looking forward to working with all of our community partners and volunteers and getting to meet lots of new people and most of all, getting more involved with the LOU community,” Wilkinson.