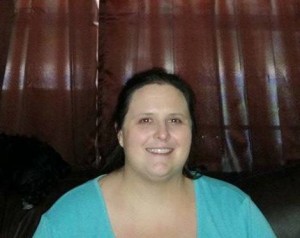 Dottie Potts has battled her weight problem by herself for most of her life. Through countless attempts of trying various fad diets, she found herself only losing to regain whatever was lost and gaining more. Earlier this year, Potts opened her life up to the world and appeared on TLC’s My 600lb Life television, taking her battle public and taking steps to change her life.

When Potts’ son, Daniel was born 13 years ago with severe cerebral palsy, thoughts of caring for herself were put on hold. Separated from Daniel’s father, Potts was Daniel’s only caretaker and required round-the-clock care. Years later, she met her husband, Chris and the two had another son, Landon, who was born in May 2014. At the time she weighed more than 500 pounds.

A year later, her weight continued to climb until she hit 641 pounds. Her days were spent caring for Daniel and her active toddler, Landon, while Chris worked to support his family. Reading Facebook one day, she saw a notice where producers were recruiting people for the television show, My 600lb Life. She filled out a form and was surprised when she received an email the next day. She was eventually selected to be part of the show and share her story with the world.

The show is based in Texas and generally requires people to move there for two years.

“I couldn’t just up and leave here,” Potts said. “So we would go back and forth.”

Her struggle continued for a few months, unable to lose weight on her own. The doctor from My 600lb Life put her into a hospital where she was put on a strict diet. She lost 25 pounds while at the hospital. Eventually, she lost another 50 pounds, and it was enough for her doctor to allow her to undergo gastric sleeve surgery. She had the surgery earlier this year in January.

Every step was documented on the show that aired in February. From her successes to failures, there were times that she embarrassed being on national television with people watching her struggle to get into a grocery store or eating large portions of food during the “before” segment of the show.

Going from eating a full plate of food to amounts as small as a thumb has been a difficult adjustment but Potts said she’s getting used to it. She now eats her meals on a small saucer, rather than a large dinner plate.

“It was hard to adjust,” Potts said about life after the surgery. “I’ve always finished my plate. I’ve always enjoyed the taste of food. Now, if I eat too much, I throw it up. I have to be really careful.”

The show aired only a few weeks after Potts had the surgery. Since then, she’s lost more weight and is down to 493 pounds. During the last seven months, Potts has dealt with adjusting to the surgery, the number of vitamins she’s now required to take each day, and being in the public spotlight. However, none compares to losing Daniel, who died in April — a subject too painful for her to talk at length about during her interview with the EAGLE.

Potts is now working hard at losing another 50 pounds before September when she will return to Texas and see if she’s eligible for a skin-removal surgery. She is still under contract with My 600lb Life to do a follow-up show that will air sometime in 2017.

Because of her contract, she couldn’t share before and after photos of herself with the EAGLE, but says the surgery has saved her life, and while she still has far to go to reach her goal, she feels better each day.

Producers for the show could not be reached for comment.