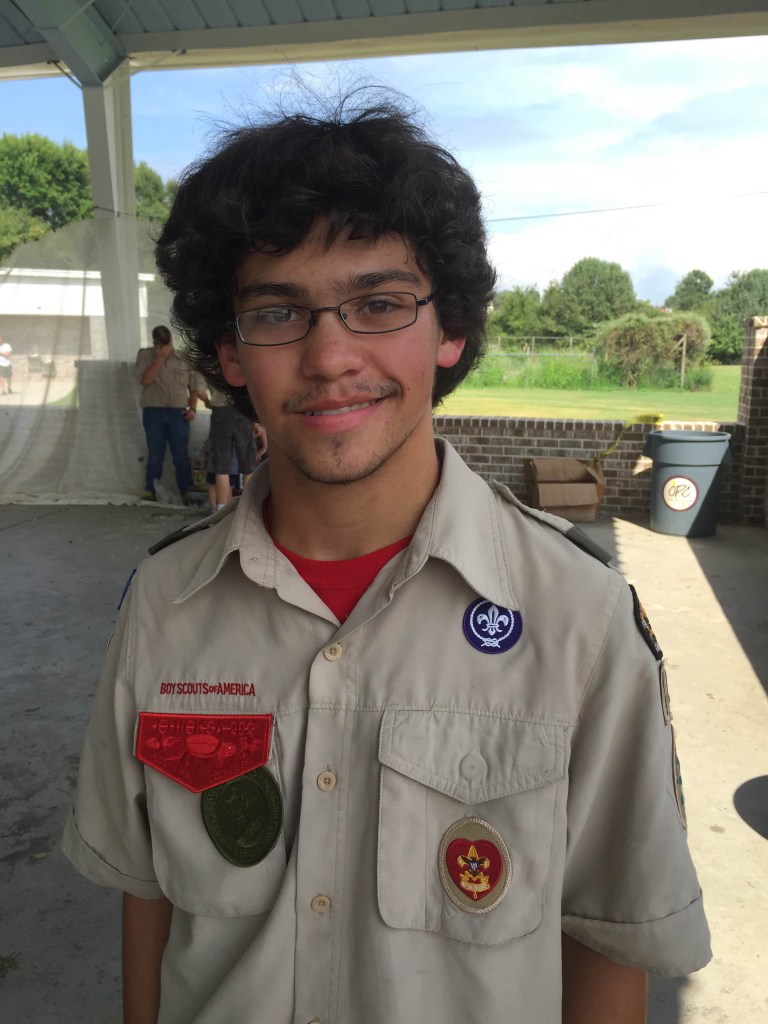 Sunday, he and other Boy Scouts were found under the pavilion off University Avenue taking part in a Boy Scout demonstration in an effort to recruit new members. Participants from Boy Scout Troop 144 and Cub Scout Pack 4 were also there.

“I’m basically in charge of the whole troop,” said Torrent, explaining what a senior patrol leader is. “The only people I answer to would be the adult leaders.

“I have an assistant senior patrol leader. I help plan trips and camp-outs that we go on. If I need something to be done, I’m usually the one in charge of getting it done.”

Tents and archery stations were erected at the site Sunday. Torrent said they are examples of some of the things Boy Scouts do. Some adult leaders also cooked dessert for participants.

Torrent said he’s been an Oxford Boy Scout since 2012. Prior to that, he was a Boy Scout in New Albany.

“I like going on some of the bigger trips,” he said. “This past year we went to Washington, D.C., and New York. Then we went to Colorado and New Mexico.”

Torrent said he’s learned many life lessons from being a Boy Scout.

“Scouts really helps with cooperation, because if the whole group is not working together, you can’t really get done what you need to get done,” he said.

“As senior patrol leader, it helps me to understand what I need to do to be a good leader. I’m in the band at school, and I’m the section leader there.”

Torrent said he’d like to become a band leader in the future.