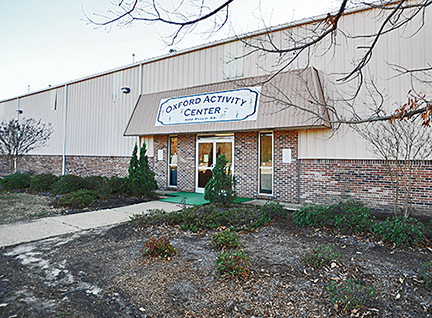 In an effort to raise more funds for its many programs, the Oxford Park Commission will capitalize on Ole Miss football games by charging for parking at its facilities.

OPC Director Seth Gaines gained approval from the Oxford Board of Aldermen Tuesday to charge for parking on OPC properties for home football games.

OPC will charge $20 a car at the Oxford Activity Center, Stone Park, the OPC Building and the grassy, city-owned land on Price Street, across from Martin Luther King Drive.

“We will leave some parking open at the Activity Center for those who are there to use the center or tennis courts,” Gaines said.

The money will go back into OPC’s athletic account, which also helps to fund Leisure Lifestyles, a program for adults 40 and over that focuses on mental, cognitive and physical health for maturing adults.

Gaines said employees of OPC, and Leisure Lifestyles volunteers will man the parking lots during game days to collect the parking fees.

The Activity Center used to be used as a shuttle pick-up spot during game days; however, that stopped last year due to construction and the shuttle was moved to FNC Park.

Emergency Management Coordinator Jimmy Allgood said Tuesday OPC will need to make sure there is enough noticeable signage to alert people the parking lots are not for the gameday shuttle service.

Alderman John Morgan asked since the parking lots are on city parking, why the revenue doesn’t go into the city’s general fund.

Mayor Pat Patterson said since Gaines took the initiative to come up with the idea and implement it, he thinks OPC should get the revenue from the parking.

“If they’re going to work it, OPC should take the money,” Patterson said.

The board voted unanimously to grant OPC permission to charge for parking and use the funds for its programs.