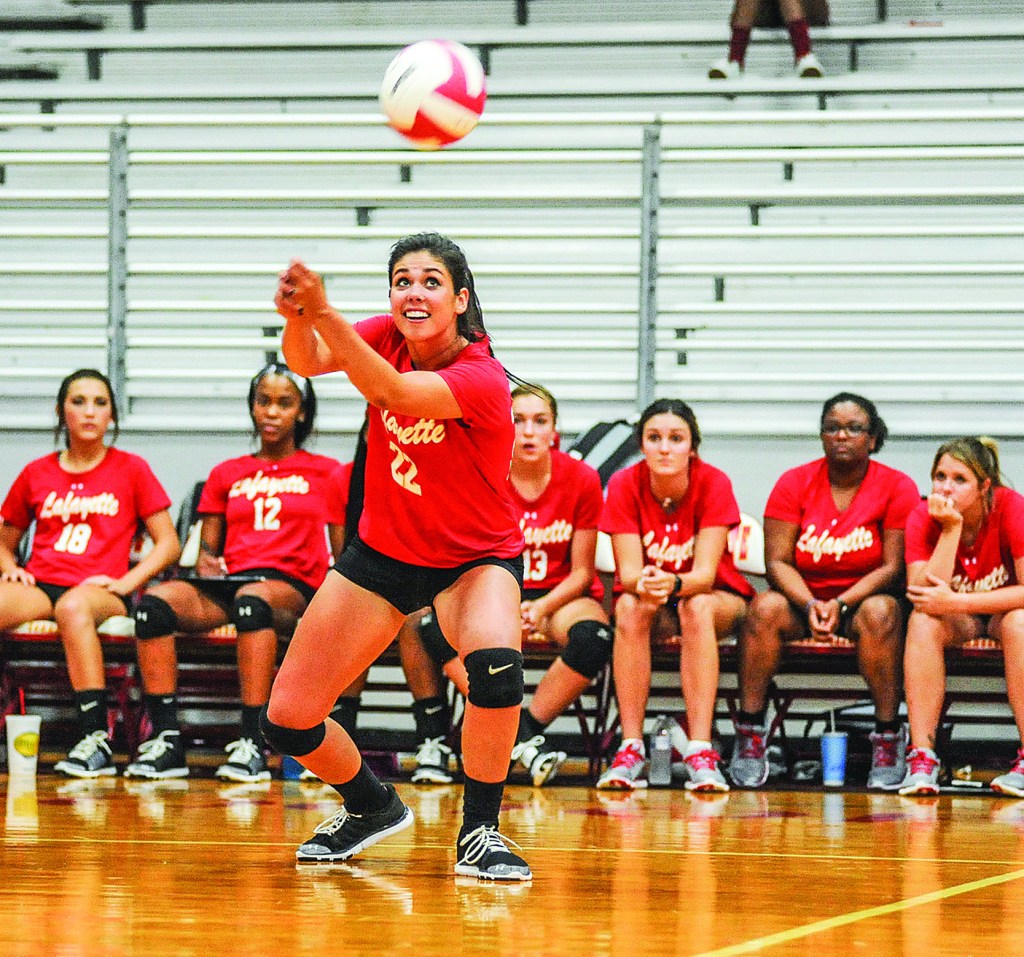 It may only be the second week of the volleyball season, but Thursday night’s Region 4-4A/5A opener for Lafayette against Pontotoc felt more like a match in October to decide postseason berths.

For a team that is young and inexperienced in areas, getting its first region win in its first game is useful when there is still tough sledding to be done this season.

“It’s big,” Lafayette coach Clint Jordan said. “The big thing about that is we have a pretty decent division. We always know Caledonia is good. Pontotoc is good. So any time you can take a win over any one of them puts us in a good position.”

A theme for Lafayette (6-2) for all its matches in the young season has been the slow starts to each set. The Commodores trailed at the start of sets one and three and lost an early lead in set two.

With how tight the match went, being able to grab the early 2-0 lead after fending off Pontotoc with a 7-1 rally to close out the second set was big for Lafayette with how the third set would go.

“We did not play well in the second set, but that was because of a lot of things (Pontotoc) did,” Jordan said. “We were fortunate enough to serve it well and close it out. … It’s kind of how things are going.”

The third set saw Pontotoc jump out to a 10-6 lead, but the Commodores responded to tie the set up 15-15 and even took a 20-19 lead later on. From there, Pontotoc went on a 6-0 run to avoid the sweep. Lafayette regained control with a 14-5 lead to start the fourth frame and was able to hold off another Warriors’ rally to win the match.

The Commodores return to action Tuesday when they host South Panola at 6:30 p.m.