Dr. P.W. Rowland and the ‘frog story’ a local favorite 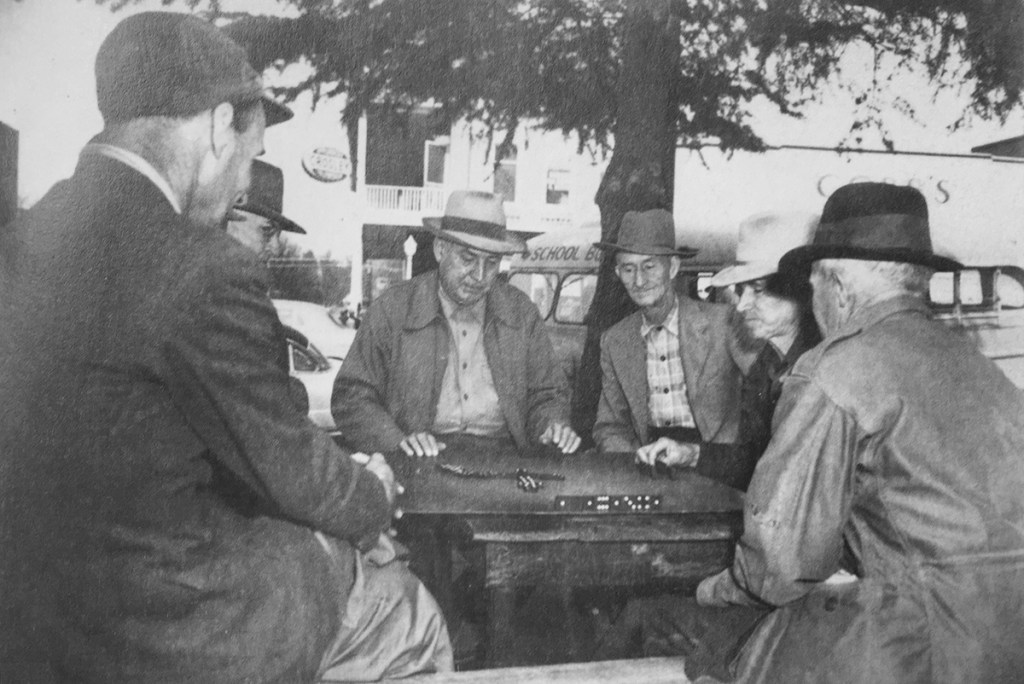 Back in 1936, Dr. Peter Whitman Rowland, a local drug store owner and University of Mississippi School of Medicine professor, spoke with an Oxford EAGLE reporter about a “frog story” that was reported in the paper that January.

In the article, the reporter wrote that he was looking for some local news to write about and stopped in to see Dr. Rowland at his drug store on the Square.

The good doctor grinned and said, “Yes, I’ll give you a story, and what a story!”

The reporter got ready to hear most anything, as Dr. Rowland was known for his stories and tall tales about Oxford. The reporter did check out Dr. Rowland’s story with other citizens and merchants around the Square, and found that many remembered the frogs in his store window. Now this story may be true or not, and as Dr. Rowland smiled and stated, “Believe it or not, you be the judge.”

“Ten years ago,” said the doctor, “it will be recalled by a good many people of the town and county, our store had a window display of seven or eight large bullfrogs. As announced on a placard in the window, we had picked up these frogs in our front yard the morning after an unusual hard downpour of rain. We saw nothing remarkable about the frogs, except their size. They weighed from one to two pounds each. Hundreds of people saw the frogs and it created a great deal of interest among the town-folk.”

“One morning.” the doctor continued, “we noticed a well-dressed gentleman pause very abruptly before the window, staring intently at the frogs. We noticed his face was flushed, and he seemed excited about something connected with the frogs. He walked hurriedly into the store and introduced himself, asking if he might examine the frogs.”

The visitor asked, “Dr. Rowland, do you know what kind of frogs these are?” He replied that he thought them to be bullfrogs, and only noteworthy because of their large size. “Doctor, you are mistaken. These are no ordinary bullfrogs. Far from it. They are not even native to any part of this country, but are, according to my knowledge, found only in the South Sea Islands.”

“Indeed,” he continued, “the smaller one is called by scientists the ‘Rana Pslustris.” The larger, now this is the interesting one, is the ‘Rana Giganticus Legibus,’ and grows to be very large, the legs weighing from 1 to 1 and a half pounds. The natives of the South Seas consider the legs a very great delicacy, though they can only indulge once a week on the account of the great amount of protein in the meat, which produces great leaping power in the legs of those who consume them. Why, I have seen natives whose will power couldn’t resist the craving for the legs, eat just one too many and his fellows would have to tie him down with vines to keep him from jumping right off the island into the sea and drowning.”

Dr. Rowland was a little leery of the story but the man went on the state that he had been shipwrecked while just a young man and was forced to spend three years on these particular “frog islands” and he knew what he was talking about. The man then asked if he could purchase one of the frogs in the store window. The man said money was no object and the frog was worth any price for the use he had in mind.

Dr. Rowland sold the man one of the frogs and as the years passed he forgot about the incident. Around Christmas of 1935, the man returned to the store of Dr. Rowland. He remembered the man with the frog legs on his brain, and he related to the good doctor that he had spent the past 10 years perfecting the development of his idea. And it was very successful, he stated.

Indeed, he had succeeded beyond his wildest dreams. Taking the one large frog that he had purchased, he had found it a mate and by years of careful breeding, he had developed a super-frog. One whose legs can be preserved as an article of food indefinitely and sold on the market as a great energy food.

“These legs of mine — rather my frogs,” said the man, “contain many times the jump-producing protein of those of the island.”

Explaining the procedure of his business, the gentleman said that the legs were pasteurized, wrapped in cellophane, packed in crates of 100 each, then shipped to the consumers. “I am now,” he said, “shipping a thousand pounds a week to the Union League Lambs Republican Club of New York City. Lord knows that need something and maybe these legs will be just the thing to make them jump back into the spotlight.”

He went on to state, “I have just signed a contract with a foreign government, now engaged in a war, to provide them 1,000 pounds per week to be used as the only food for a special body of 10,000 hand-picked men. The topography of the country in which the war is being staged is such that marching troops have a leap great distances from peak to peak, and cross many streams too wide for an ordinary man to jump. With 1 pound per week per soldier, this nation expects — and I am sure they are right — to ‘get the jump’ on the enemy.”

Dr. Rowland thought this was a very interesting and convincing story that the man had told. He was not surprised, taking into consideration the prosperity of his business, that he should want to sell stock in his new venture. Pulling out some of the best-looking printed paper you ever saw, he offered to sell Dr. Rowland stock in the new company.

However, the doctor told the man “no,” that one drug store was about all he could handle these days.

Ending his story, Dr. Rowland then arose from his chair and stated to the reporter for the EAGLE that now he had a story for the weekly edition of the paper.

Dr. Rowland stated, since it was January “It’s too cold for a good fish story, so I thought maybe a good ‘frog story’ would do.”

Summer internship at EAGLE has been a blast