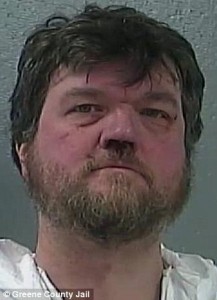 A former University of Mississippi professor has been arrested and charged with allegedly stabbing and killing a retired professor.

According to The Associated Press, Edward Gutting, 43, was arrested in Springfield on Aug.19 for the stabbing death of Marc Cooper, 66.

Gutting also injured his wife, Nancy, during the attack when she tried to stop him from stabbing Cooper.

He was arrested by the Springfield Police Department after being found walking around outside of Cooper’s home after the stabbing. He is being held at the Greene County Jail on a $1 million bond.