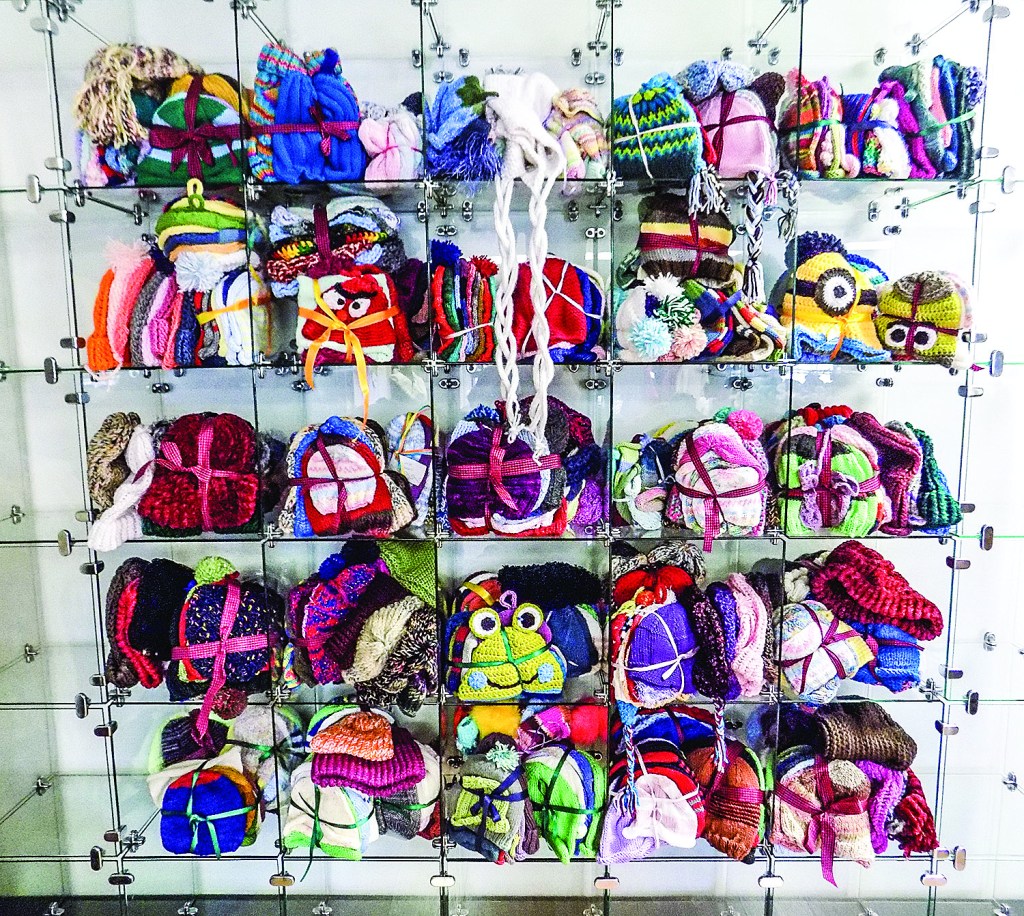 During one recent competition involving Oxford and Tuscaloosa, all sides were winners.

In May, Tuscaloosa shop Serendipity challenged Knit1 Oxford to participate in this year’s edition of the Yarn Bowl competition, in which each store partners with their respective communities to see who can knit and crochet the most hats for children in need by the this week’s match-up between the Rebels and the Crimson Tide.

Last week, the two stores compared the number of hats knitted by both communities. Tuscaloosa, in its third year of the competition, knitted 1,286 hats, while Oxford’s knitting community made 728 hats.

“We knitted about 2,000 hats for children,” she said. “We declare we’re the winners because this was our first year and we were really impressed by the response of the community. People we’ve never met before joined in.”

Originally, the challenge started by Serendipity was for premature baby hats. Engelhard said Oxford chose to make the hats for children of all ages. The hats will be wrapped in October and given out as Christmas gifts to the families who participate in the More than a Meal program, where a free dinner is served every Tuesday that the public schools are in session at 5 p.m. at the Stone Center on Washington Avenue.

“We know there are a lot of kids in need in our community,” Engelhard said.

Knitters got creative with their hats, making some with animals on the front, colorful pompoms and cartoon and movie characters like Angry Birds and Minions.

“Some people really got into it,” Engelhard said. “It was great fun.”