Twelve Oaks water back on track 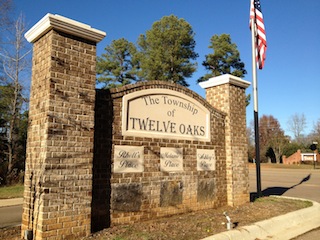 Billy Westbrook’s latest construction in Twelve Oaks subdivision is a go after county supervisors gave approval Monday to a development they tabled last week amid concerns from residents.

Final subdivision plat approval was granted during Monday morning’s Lafayette County Board of Supervisors meeting to Twelve Oaks Phase II, which is a 13-home development on 26 lots along Atlanta Avenue, after Westbrook and supervisor David Rikard reported there will be better communication with residents going forward. Westbrook laid out to residents of the subdivision plans for improving the Twelve Oaks Utility Company during a meeting Thursday at the College Hill Community Center.

Over the last several months, as the Twelve Oaks Estates subdivision has been undergoing the next phase of expansion, residents have voiced their concerns to county and state officials regarding low water pressure, no water and not being notified of boil water notices when there is a water line break. Since April, there have been more than a dozen reported line breaks in the water system, which has recorded a 1.7 out of 5.0 rating from the Mississippi State Department of Health.

“I think the meeting went really well,” Westbrook said. “We listened to their concerns and we agreed we need better communication.”

The water system, once complete, will encircle the entire subdivision, according to Westbrook. Currently, there is just one line supplying water to approximately 135 homes. The water system is also tied into the city of Oxford’s water system in case of an emergency.

Rikard, who also attended the meeting with residents last week, agreed with Westbrook and said water samples have been taken “and the water came back clean.”

“The meeting went well and I think they’re headed in the right direction,” Rikard said.

Rikard made a motion to approve the latest phase of the development and it was unanimously approved.

An overlay project on County Road 430 and County Road 418 will go forward after supervisors decided county crews would do some of the work. County engineer Larry Britt reported that bids came in at more than $794,000 for the project, or 18 percent more than anticipated.

Britt negotiated with asphalt and paving contractor Lehman Roberts a lower price by taking out certain items, including graining material ($124,000), striping and signage and reduction in mobilization and maintenance in traffic. It would reduce the project by more than $158,000, according to Britt. He said the county would save approximately $80,000.

In December 2010, supervisors adopted the preferred alternative to the West Oxford Loop extension project and since the environmental assessment has been completed, the build alternative must be adopted in order for the project to remain eligible for federal funds. A public hearing set by the Mississippi Department of Transportation on the matter will be held at a later date.

“To keep the ball rolling, you are adopting the build alternative,” Britt said.

Supervisor Kevin Frye asked Britt if previous board’s had asked for federal funds for the project.