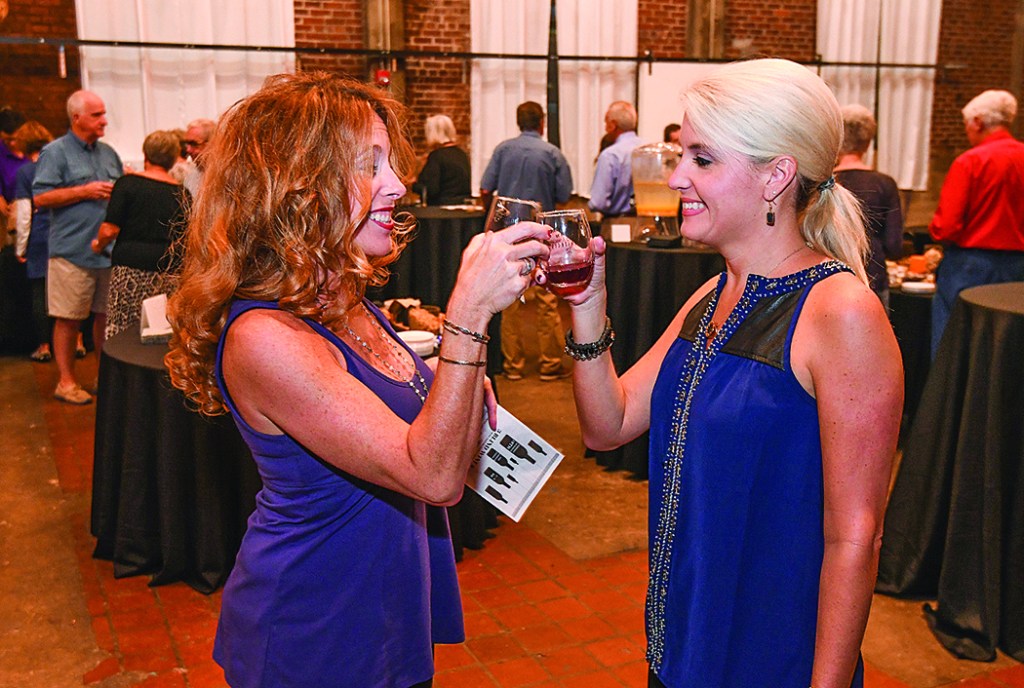 Last Tuesday night at The Powerhouse, everyone was in good spirits — and not only because of all the wine flowing.

The Yoknapatawpha Arts Council and Rotary Club of Oxford held a joint fundraiser called Three Blind Wines in which teams of two selected three bottles of the same wine from a local vendor so that those in attendance may taste them. Tables were set up around The Powerhouse to act as tasting stations as participants made (and drank) their way around the room deciding which one they liked the best. Whichever team was voted the winner won unopened bottles from the other teams.

YAC Director Wayne Andrews says that the idea for this annual event came from his wife.

“We took the idea and she fit it to the state laws,” he said. “It’s a lot of fun and something different. It’s not an event where you have to know anything (about wine), it’s all about tasting and what you like. You don’t have to have any knowledge or training.”

Aside from the wine, food was donated by Dodo Pizza and live music was provided by the Oxford duo Skid Rouges featuring Jeff Long and Steve Brewer.

The money raised from the event (which Andrews estimated at $3,000) will be split between The Rotary Club’s scholarship fund and the Arts Council.

“The Arts Council works hard to partner with other community groups,” Andrews said. “We found partner retailers, people pick out the wine and then they donate it to us. Then we pick it up. There’s a one day charity permit to auction wine in the state and we were able to get that. It allows us to pour, serve and auction off wine. It’s a great partnership, it supports our local businesses.”

One of Andrews’ favorite aspects of the annual event is the wide demographic that it brings out.

“It’s a simple, casual event and if you look at our audience you have people who are 30 to 70 years old,” he said. “They’re all having fun together, sharing their opinions on the wine and getting to know each other.”