Oxford’s Joiner feels at home with commitment to CSU-Bakersfield 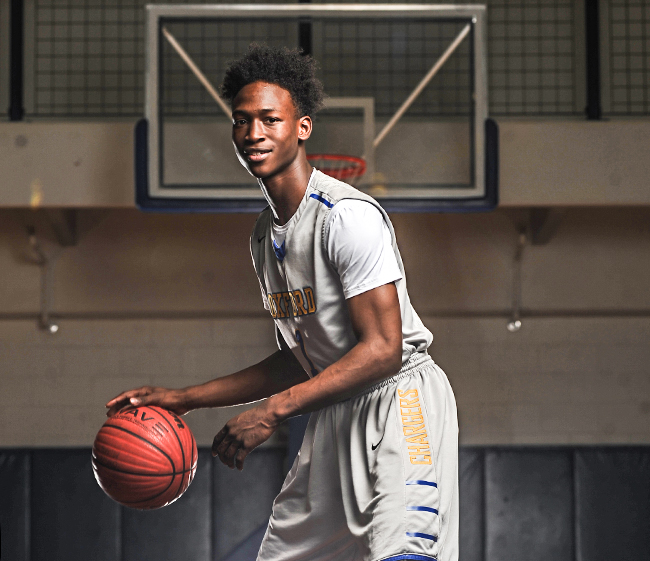 The high school basketball season begins in two weeks and Oxford’s best player has one less thing on his mind to worry about.

Senior guard Jarkel Joiner made his official visit to California Sate University-Bakersfield over the weekend and made his verbal commitment to the Roadrunners midway through his stay in Bakersfield, California.

The Roadrunners were the first team to reach out to Joiner, offering him before his junior season started last year. The familiarity with the program and Joiner dates back further than him receiving a letter in his mailbox. There is a family connection with former Ole Miss and current Roadrunners head coach Rod Barnes.

“My dad would cut (Barnes’) hair,” Joiner said. “So he already knew my dad. My family is happy. I know it’s my decision, but if my family feels happy where I’m going and they feel safe where I’m at, it’s just an extra boost.”

The 6-foot-1 “combo guard,” as Oxford coach Drew Tyler refers to him, had interest from Ole Miss as well as offers from other schools around the country, including New Mexico State, Middle Tennessee State, UTEP and Murray State. Joiner’s performance during the summer on national stages helped him gain notoriety outside of the South.

“He’s one of the best players that I’ve ever had,” Tyler said. “He had some really good offers. He really got on the radar this summer through the Nike circuit and Adidas. He played both, and he got the best of both worlds there. He gave himself options with more looks during the summer.”

Joiner led the Chargers to the MHSAA Class 5A quarterfinal round in Jackson last season and earned himself the 2015-16 EAGLE Player of the Year honor with his performance on the court. He averaged 26.7 points, four rebounds, 2.5 assists and 1.7 steals his junior season.

“Coach Barnes showed me the most love,” Joiner said. “I just felt like I was their main priority.”

A key thing for Joiner when looking for the best fit was how quickly he can find himself on the court in a contributing role.

In Bakersfield, that will be sooner rather than later as the Roadrunners have three point guards and two of them are graduating after this season. Joiner will be joining another guard as a true freshman next fall.

“I don’t want to just come in and just ride the bench my freshman year,” Joiner said. “I’m just trying to get some playing time.”

The verbal commitment will not stay verbal for long as Joiner will put pen to paper, signing with CSU-Bakersfield on Nov. 9