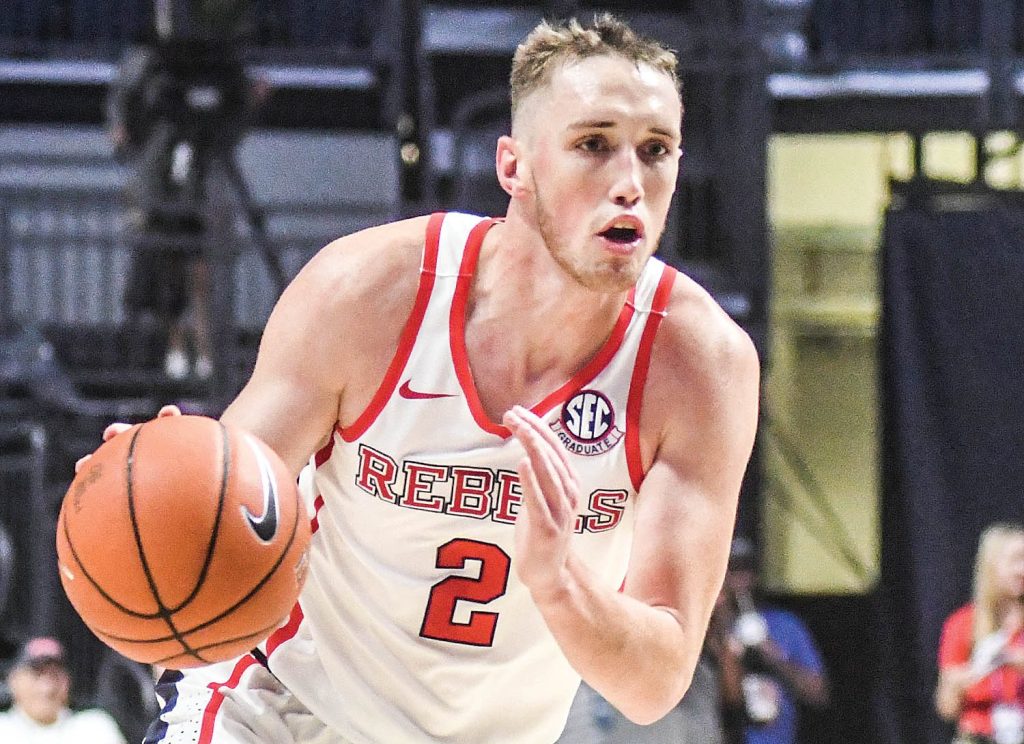 New Mexico transfer Cullen Neal (2) is the favorite to take over at the point for Ole Miss, but the Rebels will spend the early part of the season figuring out their rotation with more than half of the roster consisting of newcomers. (Bruce Newman)

Andy Kennedy isn’t going to rush to pare down his rotation.

Ole Miss’ men’s basketball coach said it’s likely every scholarship player will get minutes in Friday’s season opener against Tennessee-Martin. Tipoff at the Pavilion is set for 6 p.m.

Newcomers Cullen Neal and Deandre Burnett started last week’s exhibition win over Morehouse and are safe bets to be mainstays in the starting lineup this season along with Sebastian Saiz and Rasheed Brooks, but with more than half of the players on scholarship playing at Ole Miss for the first time, Kennedy is still trying to sort out roles.

Maybe Kennedy settles on a rotation of eight or nine. Perhaps everybody can help in the long run. Kennedy is going to take his time finding out.

“All 11 guys I think will play Friday,” Kennedy said. “I think they’ll play Monday. I think they’ll play in the Virgin Islands (next week). They all deserve opportunities, and what they do with those minutes will determine what we do moving forward.”

Five players finished in double figures in the 90-66 exhibition rout while 10 played. The only scholarship player who didn’t get in the game was freshman big Nate Morris, who was held out with a shoulder injury but is good to go Friday, Kennedy said.

“Hopefully he’ll give us something that honestly nobody on the team has given us, and that’s a rim protector and a guy that can get out-of-area rebounds,” Kennedy said. “I think that’s something this team’s going to need.”

Ole Miss finished with 17 assists on 27 made baskets, a sign that some level of chemistry exists among the players regardless of who’s on the floor. But the Rebels also committed 20 turnovers, an indicator there’s still some work left to do in that department.

Shaking up the lineups against each other in practice, players believe, has helped.

“It’s going to be a lot of different lineups because we have a lot of new pieces, but I think a lot of guys are comfortable,” said Neal, who had seven of those assists in his first game in a Rebel uniform. “AK has done a great job of mixing up the teams in practice, so we’ve all gotten to play with each other and learn a little bit about each other every day.”

The high number of turnovers was harped on by Kennedy and his players immediately after the game and something that still had their attention earlier this week.

“Definitely taking care of the ball is something we can work on,” Neal said.

Kennedy chalked up some of it to giddiness from younger players as half of the giveaways came from freshmen and sophomores. Breein Tyree and Karlis Silins combined for six while second-year guard Terence Davis committed four turnovers in 20 minutes.

“That’s 10 of our 20 out of guys that are very, very anxious and are probably trying to do a little bit too much,” Kennedy said. “Hopefully that will subside and hopefully sooner rather than later. We’ve got to take better care of the ball.”