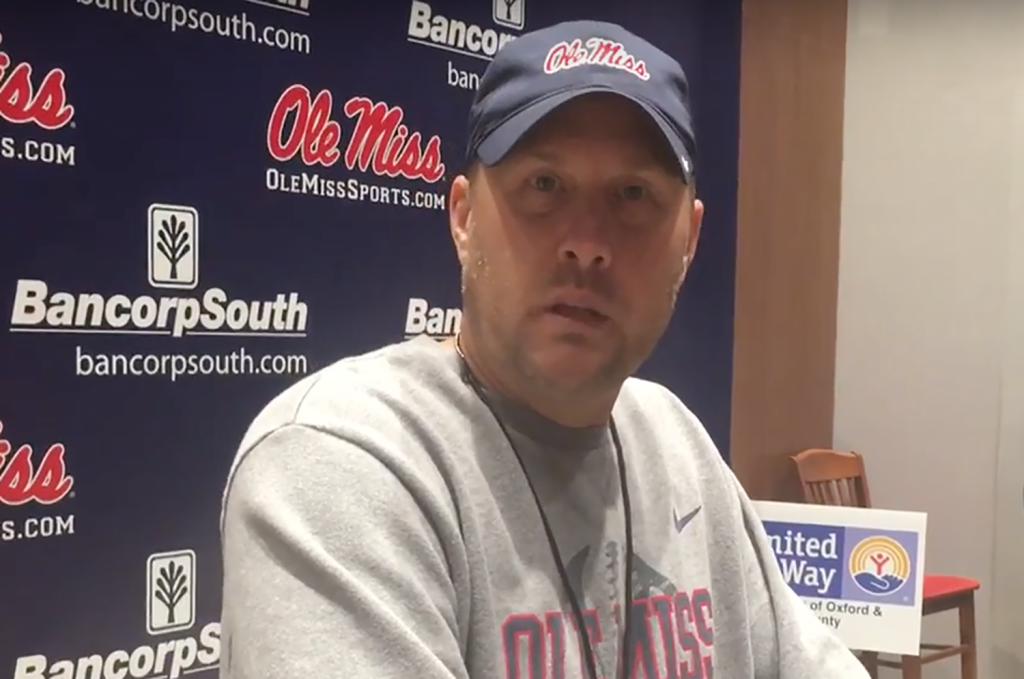 Ole Miss coach Hugh Freeze met with the media Wednesday to talk about the week of practice ahead of the Rebels’ game at Vanderbilt on Saturday (7 p.m., SEC Network).

Watch Freeze hit on his team’s preparation, another week of practice for freshman quarterback Shea Patterson, the challenges of going up against Vanderbilt’s defense (which has the SEC’s leading tackler in linebacker Zach Cunningham), the rehab of wide receiver D.K. Metcalf and other injured players and more in the video below.

NOTE: The beginning of the video is Freeze’s answer to if he still has confidence in the way the program is being run. Freeze said he can’t currently talk about any personnel after reports surfaced earlier Wednesday of Barney Farrar being placed on administrative leave.