The Pantry in need of replenishing reserves 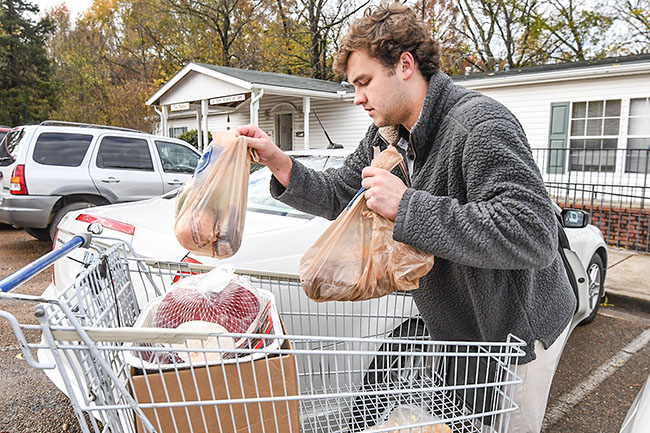 Reserve food supplies at The Pantry have dwindled due to a computer software glitch with their main food bank supplier in Memphis. For the last several weeks, The Pantry has not been able to receive full supplies from Mid-South Food Bank, but the Director of Food Distribution says that issue is being resolved.

“They have not been able to provide product, but the problem with Mid-South is being corrected,” said John Kohne, who volunteers and orders supplies for The Pantry. “Unfortunately our reserves are pretty low and the problem did drain our reserves, but the holidays should bring us back up.”

He said it will take about a month to get the reserve back up to normal levels once the problem at Mid-South is resolved.

Kohne said The Pantry has been “blessed with a good supply of canned goods” from several food drives and local organizations, as well as Walmart, Kroger and Panera Bread, which are their main donors.

“The generosity of local groups is greatly appreciated,” Kohne said.

The “100 Men of Oxford and Lafayette County” nonprofit organization will be among those groups conducting food drives collecting non-perishable goods for The Pantry. According to Brent Hardin, who is a member of the group, they will place plastic sacks and a list of needed items in mailboxes in several neighborhoods in the area, including Wellsgate, Tara, Grand Oaks, Pat Lamar Park/Old Country Club, Notting Hill, Windsor Falls and Oxmoor.

“Logistics and manpower limit us to these neighborhoods somewhat, but we truly hope to be able to get out to more neighborhoods,” Hardin said, adding that more information can be found on the organization’s Facebook page in the coming days.

Although The Pantry also receives some supplies from the Mississippi Food Network, Mid-South Food Bank has been the primary supplier for The Pantry since 1985, according to Ann Odell, who is chairman of The Pantry.

The Pantry serves an average of 500 local families per month, according to Kohne.

“We’re not in distress, but our reserves need to be replenished,” Kohne said.