Lafayette County has one of the lowest jobless rates in Mississippi 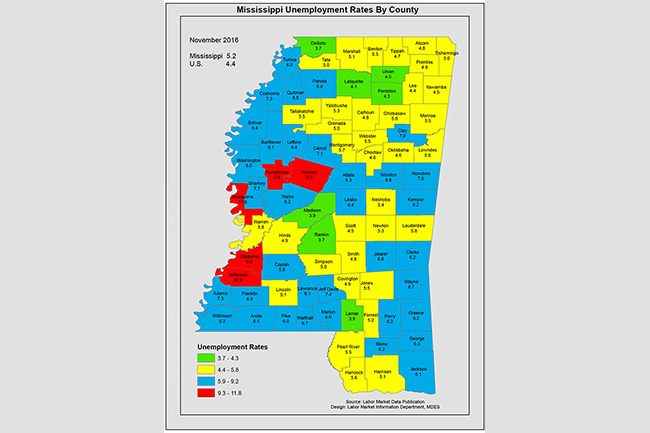 The state October rate was 5.7 percent.

The Mississippi Department of Employment Security provided the most recent figures.

Local officials are pleased with the job growth numbers.

“Lafayette County not only has one of the lowest unemployment rates in the state, but also the highest rate of growth, third highest average annual wage and some of the highest growth in manufacturing jobs,” said Jon Maynard, president and CEO of the Oxford-Lafayette County Economic Development Foundation and Chamber of Commerce. “We are doing a lot of things right in Lafayette County when it comes to true economic development.”

According to the MDES, the state unemployment rate is the lowest in 12 years. The state jobless rate fell two-tenths of a percentage point from October and was the lowest rate since February of 2004. A year ago, the state rate was 6.6 percent.

The Mississippi Delta continues to have the highest unemployment rate with Issaquena leading the way at 11.8 percent.