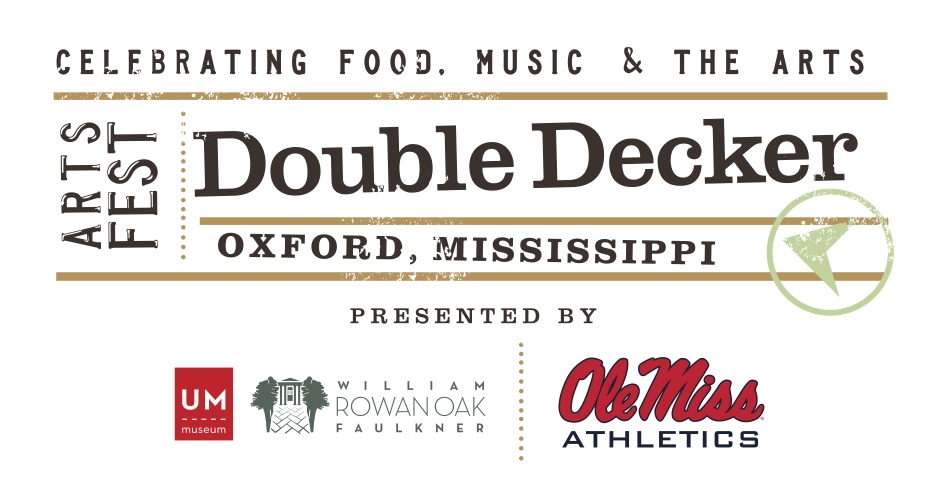 Retired graphic artist Pam Locke has been selected to create the 2017 Double Decker Arts Festival poster, which serves as the logo representing the festival in advertisements, T-shirts and other festival memorabilia.

Locke, who moved to Oxford in 2003 from Greenville, considers her artistic to be tight and illustrative. She primarily paints in watercolor and acrylic.

“The Double Decker Festival is such an important part of Oxford and is a showcase for the wonderful art that is produced in the region surrounding Oxford,” she said. “I entered the contest because I wanted to be a part of that celebration. For several years, I have had this idea in my head to express Double Decker as a blend of art with a festive atmosphere. I finally got around to making it a reality.”

This year, local artists were given the chance to submit a masterpiece to be named the “official artwork” for the festival. The poster will be unveiled at the Double Decker Arts Festival presented by the University of Mississippi Museum Press Conference at the Visit Oxford office at 10 a.m. on Feb. 7, where not only the art work will be revealed, but the musical lineup for the event.

The festival is a free, two-day event inspired by the literary town’s 1994 import of a double decker bus from England.

“We had 11 artists apply, and we had a Double Decker jury of five members who voted on the artwork,” says Lee Ann Stubbs, Double Decker Coordinator.

Locke will also receive a free art vendor booth space the day of the festival, set for April 28-29, 2017.