Oxford husband and wife work together to inspire art students 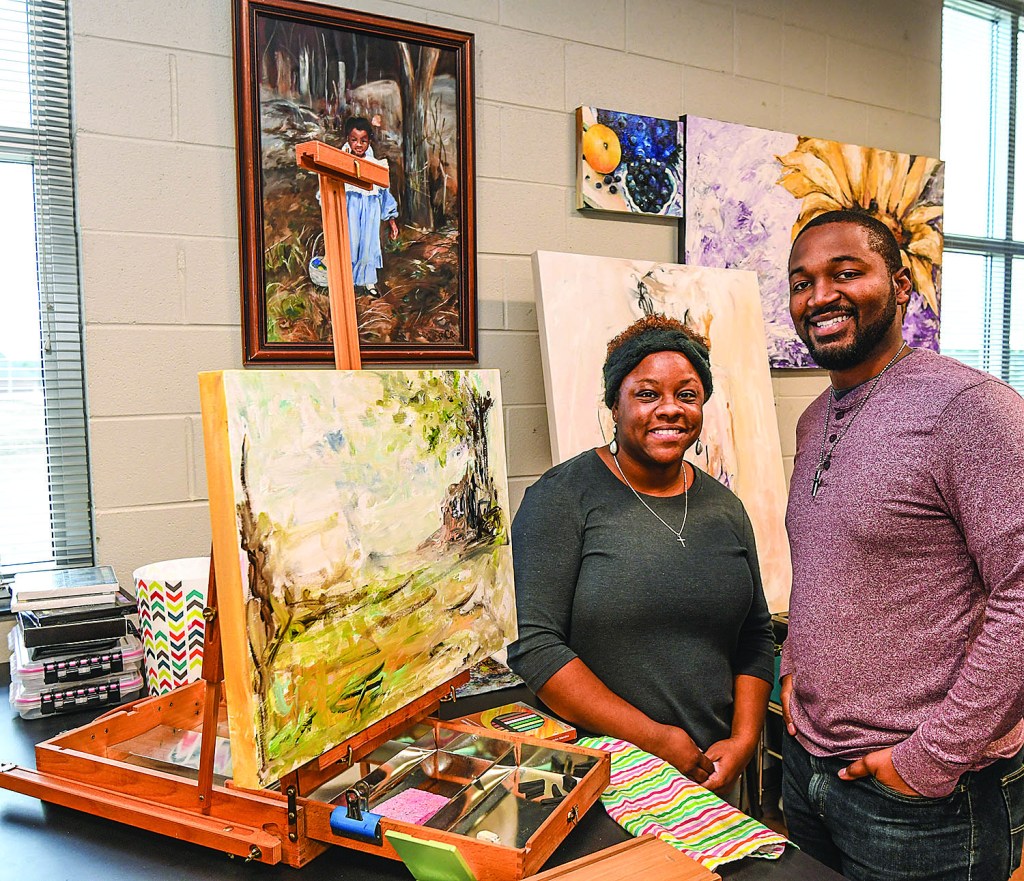 Ever since teachers Duran and Ebony Nicole Johnson arrived at Oxford High School in the fall of 2015, the art department has never been the same.

The school went from having a generalized art track to offering specialized courses including photography, drawing and one for Advanced Placement credit. Students began winning awards and placing at the highest level in national competitions.

“The curriculum wasn’t necessarily aligned to the new national core art standards,” said Ebony Nicole, seated next to her husband of 13 years, Duran, in their classroom (and studio) in Oxford High. “A lot of the student art work wasn’t being produced or driven to get kids into college or develop their portfolio.” 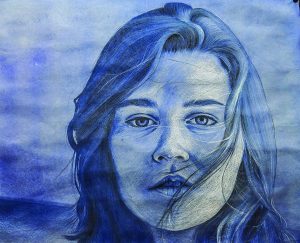 Their workspace has vibrant pieces from students lining the walls and a small area off to the side of the room houses space for them to paint as well.

The Johnsons met at the University of Louisiana Monroe while both pursuing degrees in art. When the spouses graduated from their respective programs, they both went on to teaching jobs that eventually planted them in Shelby County in Memphis.

“At the time when we were in Shelby County, there was a lot of change that was going on, a lot of uncertainty,” said Ebony Nicole. “He and I have always dreamed of working together to build a semi-collegiate program in the arts that was geared toward professionalism.” 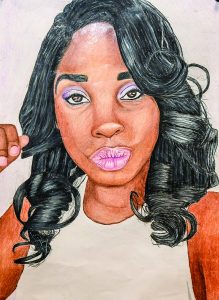 Once there was a vacant teaching spot in the art department, assistant principal Paul Ross (who had worked with the pair previously), recommended them for the position. After a tour of the facilities, they were immediately sold.

For the first year of their new job, the Johnsons commuted from Cordova, Tennessee every day- a 90 minute commute in both directions. But the program began to evolve, making the long car rides worth it. Their classes started to fill up.

“That first year, (Ebony Nicole) wanted to do a photography course, but we barely had enough students,” said Duran. “Now, Photography 1 is fully loaded and there are kids on a waiting list to get in. Kids are purchasing their own cameras and we have cameras for them, too.”

They’ve since moved to Oxford and are now closest to the thing they love most: inspiring students.

The department began to get recognition when the Johnsons’ students entered into contests. Last year, 23 of them won recognition from The Scholastic Art and Writing Awards, including one student who eventually won a Gold Key at Carnegie Hall, the Awards’ highest honor in their national competition. This past Tuesday, the teachers found out that 63 students got recognized by the Awards’ at the state level, 14 received Gold Keys.

Class participation is a must for any art class, but the students at Oxford High willingly want to do more.

“It’s such a blessing from God, too, because the biggest thing that stands out is that these children are student artists now,” said Ebony Nicole. “They’re learning that they can make a career out of this, they can be a professional. What 17-year-old student is going to call on Sunday and say, ‘Can I come to the studio and paint?’” 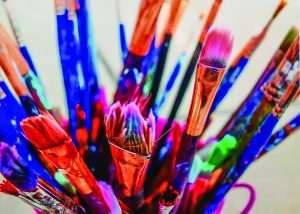 Both Johnsons noted that their students hit all of their deadlines as well, the sign of true young professionals.

“We pull for them, push them and make sure they’re financially okay if they need supplies,” Ebony Nicole added. “I just want them to know that we are so proud of them. We know that we’re the craziest, most rigorous teachers they get in high school that require them to do these crazy things, but we love them dearly and we’re so proud.”

Duran says that sometimes students have an initial fear of joining an art class, particularly if they don’t view themselves as an artist.

“Then you have that same student turn around and say, ‘I never knew that I could draw this well’ or win in a competition,” said Duran. “Last semester, we had a student who said they didn’t like painting, but right before we left for Christmas break, he said, ‘can I get some paint? I want to do a painting for my dad over the break.’ He did an amazing job and this is a student who did not like painting. Those times are precious.”

“(The students) use art as a form of release whether from bullying, teen pressure, sex, death, grief or whatever it is,” Ebony Nicole said. “They use that as fuel to come back to the studio. To see them as those young individuals work through that, it makes them so much more mature. They don’t realize they’re handling these deep issues that people internalize and really let affect them, is priceless and amazing to witness.”